I've been to Adelaide once before. When we lived in Melbourne, Dan and I adopted an Australian attitude to driving and drove 8 hours to visit my cousin Frances and her boyfriend Rob. This time, as we live in Edinburgh, it was easier to fly.

Aforementioned cousin and boyfriend became fiances, so we were going for their wedding. Frances has immense organisational skills. On top of the actual wedding, she had arranged wall to wall activities and barbecues for the guests, as many travelled from pretty far. Note that I am getting married at some point in the future, possibly in a foreign country, and unless you come from the other side of the world I'm not organising activities for you. I've considered asking Frances to organise activities, and possibly my entire wedding, but I might wait for a few days. She has only just finished arranging her own.

Our first activity was kayaking on Garden Island Boat Ramp. While it was enjoyable and scenic, and I was perfectly happy to sit and talk to the other guests while eating grapes, it did mean a never ending conversation about why I don't want to go kayaking. This is what happens every time a water-based activity comes up in conversation:

'IT'S SURF/KAYAKING/SWIMMING/WHITE WATER RAFTING/PEDALO TIME!' 'You guys go on, I'm grand,' I say. 'Why?' 'I can't swim.' 'That is mind blowing and impossible. Explain yourself immediately.' 'I can kind of swim, but I never learned as a child and I'm not confident in water. I can't tread it and don't like going under the water.' A lengthy discussion on each of these topics ensues, ultimately resulting in: 'You don't have to swim. It's only white water rafting in extreme rapids and there's only two waterfalls and the water isn't that deep.'

So I ate crisps on the grass while everyone else saw a dolphin.

In between the 47 barbecues, there was the hen party. Frances opted for what she called an 'energetic' early morning walk up Mount Lofty (this is, of course, the same cousin who had barely gotten off the plane in Edinburgh before spotting Arthur's Seat), followed by afternoon tea.

I turned to my fellow hens, ready to bond over how awful a jetlagged early morning mountain hike sounded, only to realise they were all dancers, gymnasts and personal trainers. I hope to never again be in a situation where I'm the only person who doesn't want to do a jetlagged early-morning mountain hike. It wasn't mandatory, but I signed up anyway as I didn't want to be that person. Then I big fat didn't do it. I loudly told anyone who'd listen about my dreadful jetlag at the afternoon tea, constantly excusing my absence at the hike. I think people cared less about my absence than they did about this moany dose who wouldn't shut up about her jetlag. 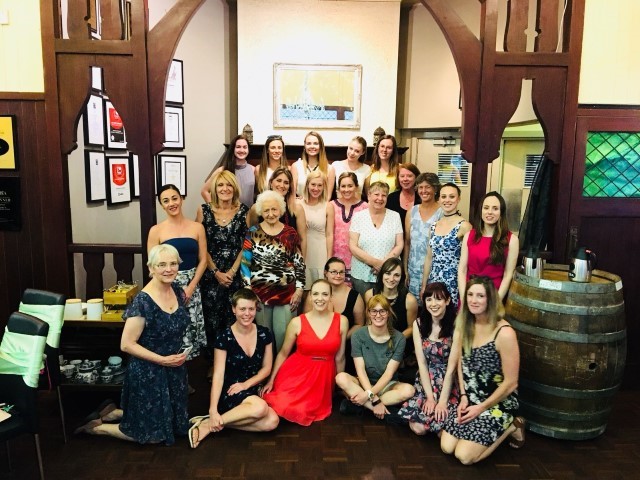 Not shown: My slightly green palour due to jetlag and guilt at not doing the walk

The wedding itself was a delight and involved no hiking or kayaking. Someone arranged an after party, which inexplicably was a half hour taxi journey away. Unfortunate, as everyone was staying about 2 minutes from the wedding venue. We complained a lot but got over it eventually.

The following day, we had one more barbecue before we left for Alice Springs. My bridesmaid duties now over, I wasn't required until late afternoon so I finally had a chance to look around Semaphore. I'm told we saw Semaphore the last time but have no memory of it. Our hotel fronted a white sand beach with clear water and a lovely pier. Even better, there were lots of cute dogs being walked and I got to watch them every morning at breakfast. 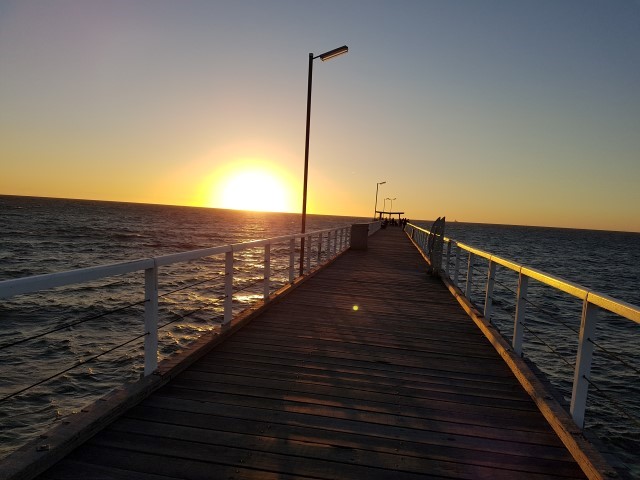 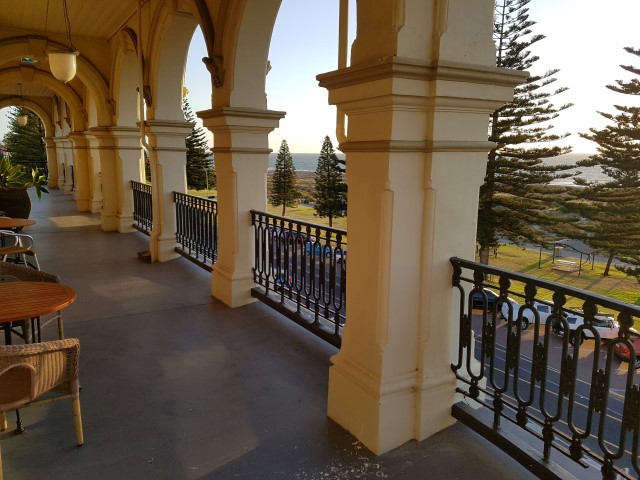