Our trip from Flores to Lake Atitlan involved driving through a bit of Guatemala City. I admit to feeling a little wary when the driver stopped at a garage so we could use the toilet. It was just people paying for petrol and buying chocolate bars.

Lake Atitlan is surrounded by volcanoes and tiny villages. While researching the trip, Trip Advisor said that Panajachel is the most touristy one. Dan found a highly recommended hotel on the lake called Casa Del Mundo but I argued that it wasn't in a village, and it would be too difficult to see anything. In the end we compromised and spent one night in Panajachel, and two in Casa del Mundo. Dan was right. The night in Panajachel was a bit of a waste.

Panajachel is a town comprised of tuk tuks, tourist tat, coffee shops and restaurants. I found it pretty charmless though out of all the lake towns we visited it was certainly the most tourist-friendly. In order to reach the other towns (and Casa del Mundo) you have to take a boat. The public boat goes when it's full and costs between 2-4 euro, depending on how good you are at haggling. When I write that it looks pathetic, because when you're there you're dealing with quetzal. So it's between 15 and 25Q, which seems worth haggling for. 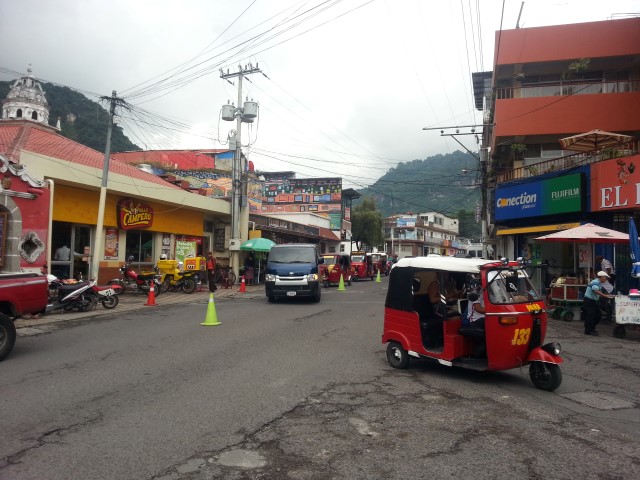 Casa del Mundo is beautiful. It's built up into the mountain so wherever you sit you overlook the lake and the volcanoes. At night they offer a meal 'family style' where you get to pick meat or vegetarian, and you sit with everyone else who's staying there. This is all great, except I couldn't eat the food. I sort of poked it around my plate and then ate a Nature Valley bar later. Everyone else seemed to like it but I'm not quite in the Latin American food zone yet. We met another lovely Irish couple who lent us their Cuba guidebook and offloaded their remaining Cuban currency. I only hope that when we leave Cuba we find someone to offload our otherwise completely unusable currency. 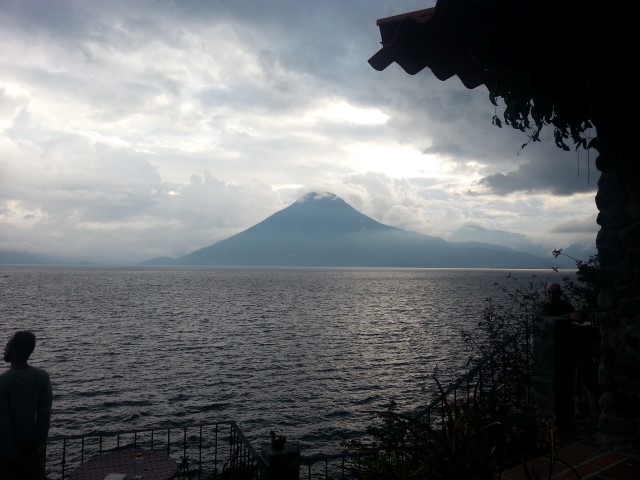 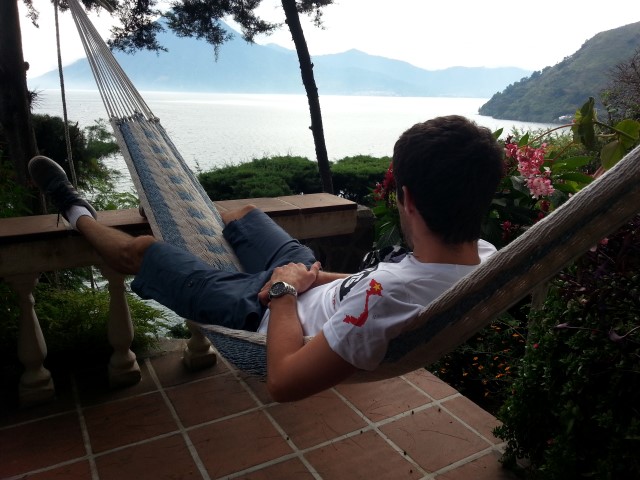 You can use the public boat to do a little tour of the lake towns. We went to Santiago, the furthest, first. You're only off the boat and everyone is shouting at you to get you onto another boat to San Pedro. We fought our way through the hoards of boat salesmen and a slightly deranged looking man called out behind us, in good English. 'Any chance you guys are going to the US?' This seemed a legit question so we turned back to him. He had a ripped 20 dollar note, he explained, and no one here would take it. That's also true in Guatemala. We said no sorry. He asked if we were Irish which was a good catch, but something still seemed weird. After a couple of minutes he took out a little squishy ball and an almost empty bottle of goo. 'It's empty because I've been healing people all day,' he said and started to rub the little ball on Dan's arm. 'Erm, we have to go,' we said and edged away warily. He called after us asking for a few dollars for the bus. I felt bad. But really, what was going on there? Did he genuinely have a ripped 20? Was he just waiting for Dan to take out his wallet so he could grab it? Was that supposed to be some weird magic trick? If so he needs to work on his intro...

Santiago isn't overly touristy once you get away from the dock. There are some churches and a statue called Maximon, a Mayan folk saint who gets moved around. You can go visit him and give him a cigar. We didn't. Some other ladies staying in our hotel did though and said it was all a bit weird. 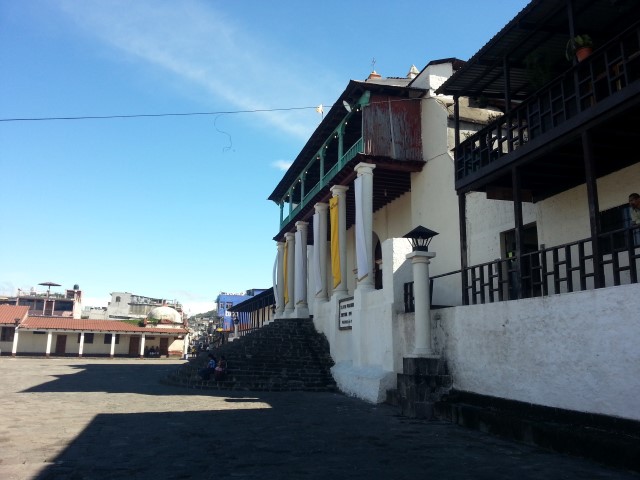 We got the boat from Santiago to San Pedro. The streets are tiny (only tuk tuks fit) and it's on a very steep incline, which of course we climbed. The view is good. We went back to the dock thinking we'd go to San Juan, which was on the way back to the hotel. A very confusing conversation with the boat guy took place, where he said there are no boats to San Juan, only his friend's tuk tuk. We asked about a boat to Casa del Mundo and he said no, you must go from San Juan (at least that's what I thought he said, as I say it was very confusing). The upshot was he bundled us into his friend's tuk tuk. We agreed on 25Q for the 10 minute trip. The driver was awfully nice and suggested spots to take photos. When we got out Dan asked if he had change and gave him a 100Q note. He gave back a 20 and a 5, I assume hoping we'd think the 5 was a 50. Dan pointed out that he owed us 75Q and he sort of grunted and gave him another 5. This continued until we eventually got to 60 and gave up. Before leaving he told us we can't get a boat to Casa del Mundo from here, have to get a tuk tuk back to San Pedro. He wasn't wrong. 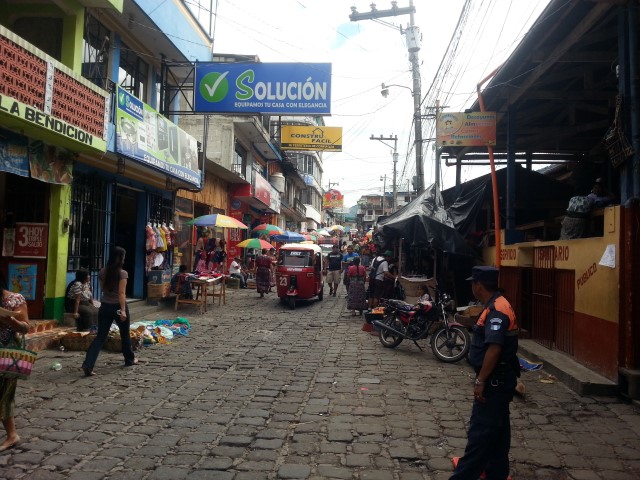 From San Pedro to San Juan via tuk tuk

The later it gets, the choppier the lake gets and by the time we were on our last trip I had to remind myself a few times that I don't get seasick.

It gets a bit wearisome dealing with the boat and tuk tuk drivers but the lake and surrounds are so beautiful that it's completely worth it. It's also not that bad, something you sigh and put up with. I suppose you could argue it's part of the experience. You just have to be careful.