Having the USA in the middle of our tropical adventures was a little jarring. South East Asia, boiling heat, mosquitoes, no one speaking English, then suddenly cold, easy, Western Chicago. I would have much preferred to put Chicago at the end but our friends Laura and Niall were very inconsiderate and had their wedding on the 7th of November. That said, if it weren't for Laura and Niall's wedding we wouldn't have bothered with the second half of the trip in Central America. Originally we were going to leave Australia at the start of November and just go through the SE Asian countries, arriving back in December. We figured since we were already in America, why not go to Guatemala, Mexico and Cuba? Logic.

So we flew from Vietnam to Chicago, spent one night there then got the train to South Bend, Indiana for the wedding.

Two hours to Hong Kong, two hour stopover. We were sitting in the terminal and they hadn't even called us to board when a queue of about 200 people formed at the gate. The more people that joined, the more people that panicked and joined as well. I will never understand this. You're going to be on this plane for fourteen hours. The first people on don't arrive earlier. Is storing your luggage next to your seat so important that you want to sit on the plane for an extra half hour? When we were all assembled on the plane we sat twiddling our thumbs for an inordinate amount of time before the pilot announced that someone had been taken ill and subsequently taken off. Delayed by an hour. So now, you've sat on the plane for an extra hour and a half because of your incessant queuing madness.

Vietnam is 14 hours ahead of Chicago. Realistically you can never be more than 12 hours different, so I suppose it was like 10 hours back. Whatever. Made no difference. We were utterly ruined with jetlag.

We got a train to South Bend and greeted our other Irish friends at the Airbnb we booked together. It was straight out of a suburban American TV show. Beautiful manicured lawns, post boxes with the little thing that pops up when you have mail, an absolute heap of leaves (end of 'Fall' of course) and our house was a big white panelled affair that was so beautiful I never wanted to leave. When walking around the neighbourhood we saw a kid playing catch with his dad in the garden. Seriously. 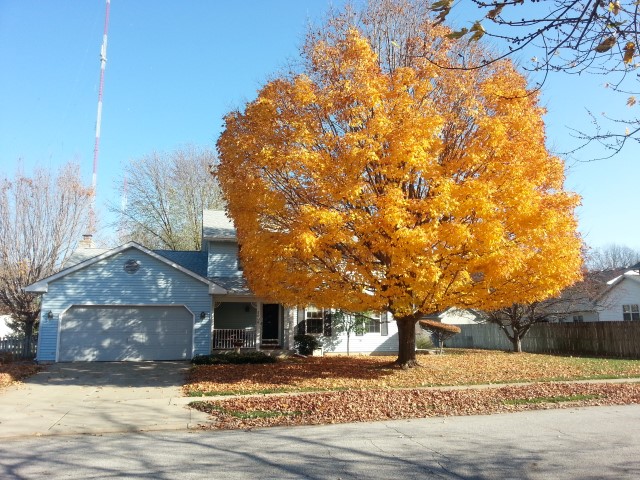 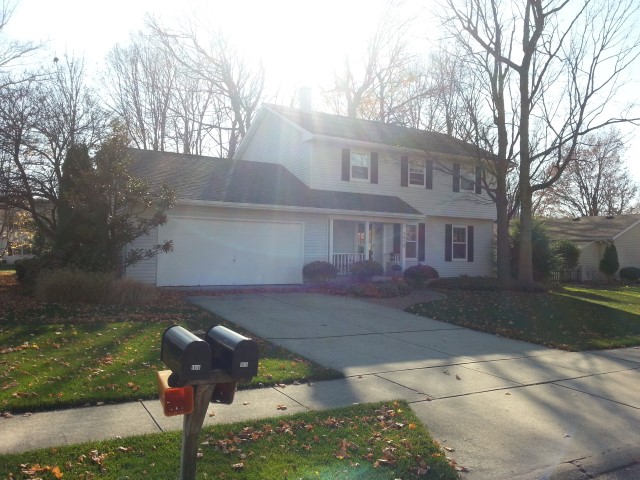 Our house was so delightful 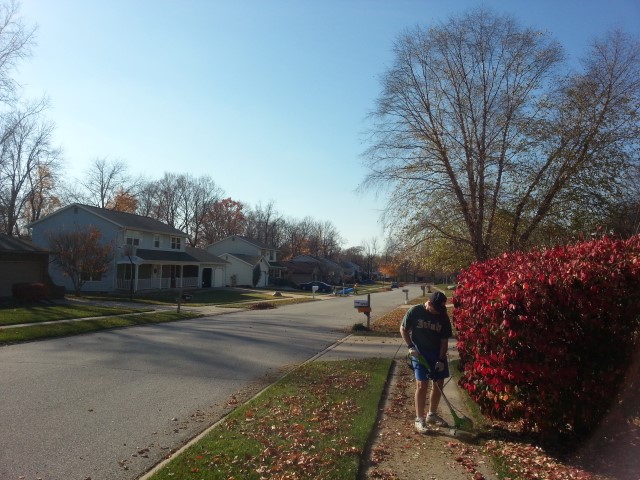 Guy in neighbourhood using a leaf blower. Classic. I bet he borrowed that from his neighbour and never returned it. Americans are always getting into situations like that if all of TV is to be believed.

That night Laura's uncle Jim brought us to an Irish bar. The trad band (who had such a good bodhran player that for the first time I realised there was such a thing as 'a good bodhran player') shouted to the packed room "Who here is Irish?" A deafening chorus of 'WOOOOOOO's in all-American accents. I think a more appropriate question would have been 'Who here is of vaguely Irish descent?' but that's okay. I've never seen a more enthusiastic crowd cheer a trad band. And I lived in Galway for two years. They knew every word (I only knew three songs). At one point a woman came up to our friend Enda and asked if he'd just talk for a bit so she could hear the accent. 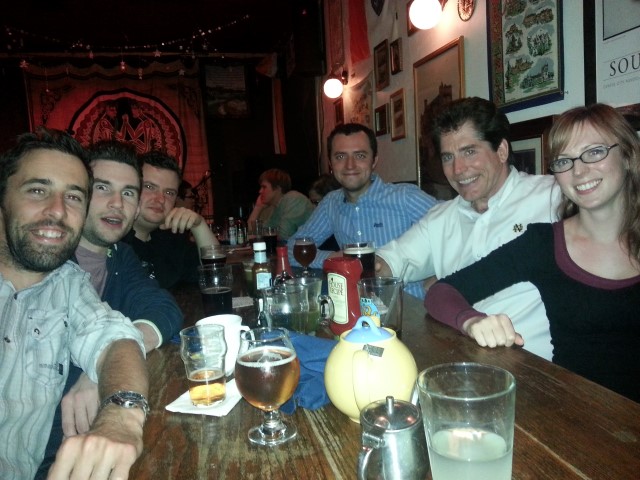 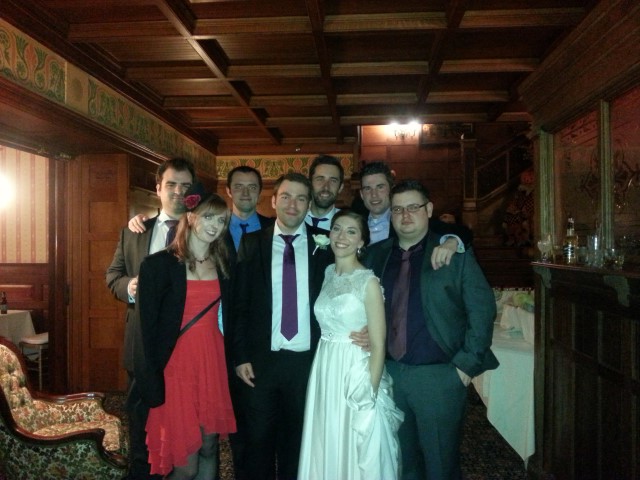 The next day was the wedding. I'd been to two weddings before, but never a friend's one. I wasn't old enough. Now that my Facebook newsfeed is exclusively weddings and massively dull baby photos it was inevitable. Unfortunately I was sick. I made it through Thailand, Vietnam and Cambodia with no severe issues but 2 days in Chicago and I had a crippling stomach ache. In retrospect I think it was from the flight and jetlag, but at the time I was sure I had a stomach ulcer and appendicitis and certain death. I thought I was putting on a brave face but people probably realised something was amiss when I'd turn to Dan and loudly whisper that I thought I was dying, as if I was a character in a movie capable of soliloquy. Everyone started asking me how I was feeling, even new American acquaintances and I felt hugely embarrassed. Anyway it wore off a bit and the wedding was great. Laura's American friends and family were extremely friendly and everyone looks good dressed up, which is always nice.

We were sad to leave South Bend. It was particularly nice staying in a house again instead of just a room, as Dan and I have become accustomed to.