In classic Irish fashion, my friend Laura decided to come to Australia too. Her presence, combined with my rather flexible working hours AND the fact that I'm leaving soon, mean I constantly drag her on sightseeing roadtrips. She's been here about a week and I won't leave her alone. She just wants to sleep but no, there I am, in the car, bringing her on another roadtrip.

Our finest adventure to date was Sovereign Hill. Not only did we have a whale of a time, but I also learned to spell sovereign which is great for all those nineteenth century monarchy novels I'm going to write.

Sovereign Hill is a recreated nineteenth century mining village, which sounds like the most boring roadtrip imaginable. It is fantastic. I've never been shy about my distaste for museums, but Sovereign Hill is not looking at a mining village in a glass box. It is a beautiful mining village. When I was about 10 I went on a school trip to Bunratty Castle and theme village. Ever since I've had an aversion to costumed-up theme actors. "We all know this isn't the 1800s. Why can't we just look at the castle." (I absolutely had to Google what era the Bunratty Folk Park was supposed to be). But in Sovereign Hill even the theme actors were good. They were committed and full of interesting knowledge. 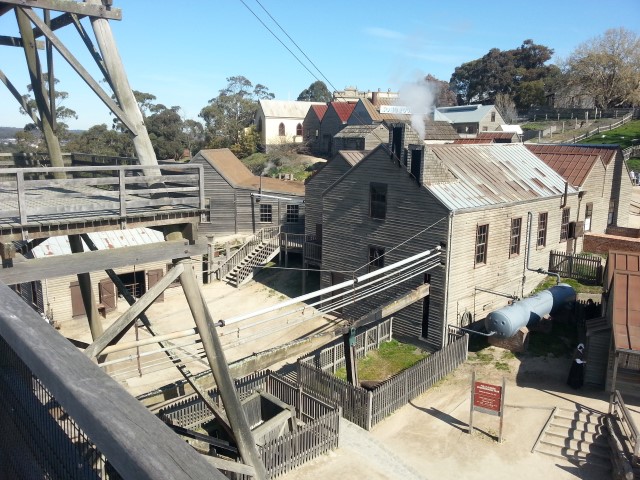 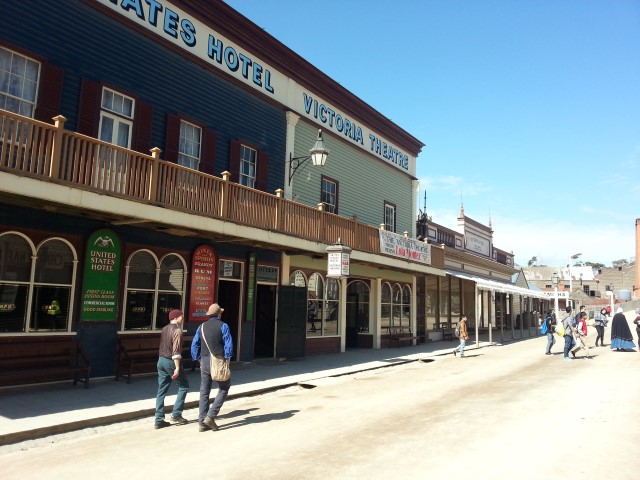 We panned for gold in the river and found nothing until two friendly kids showed us everything we were doing wrong. With their help we found a single miniscule gold flake. They couldn't believe their luck when we said they could keep it. 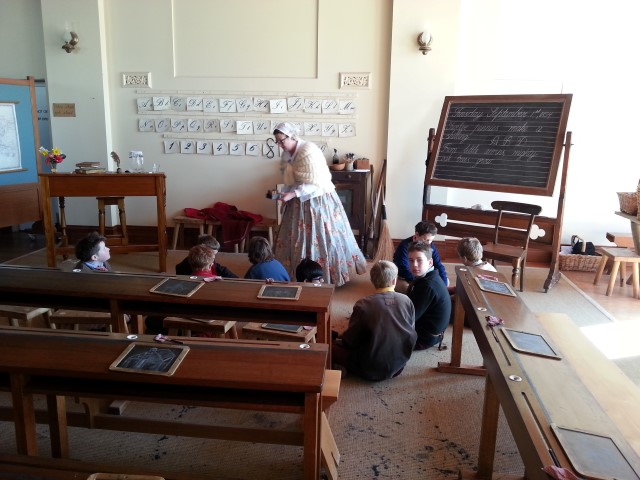 School tours have come on a bit since Bunratty. Here they had an option to spend the day in the Sovereign Hill school, learning what the kids would have learnt, with a rather severe (good actress) teacher. We assumed the kids were all actors too but no, they got to be part of the whole setup.

The real highlight was the mineshaft tour. I love an underground tour, almost as much as I love a Very Tall Building. It was pretty chilly, but we got to walk around lots of tunnels and see all the old machinery they would have used. We only went a fraction of the depth that they did of course. The village is very authentic but it wouldn't do have an ever-accumulating pile of dead tourists. 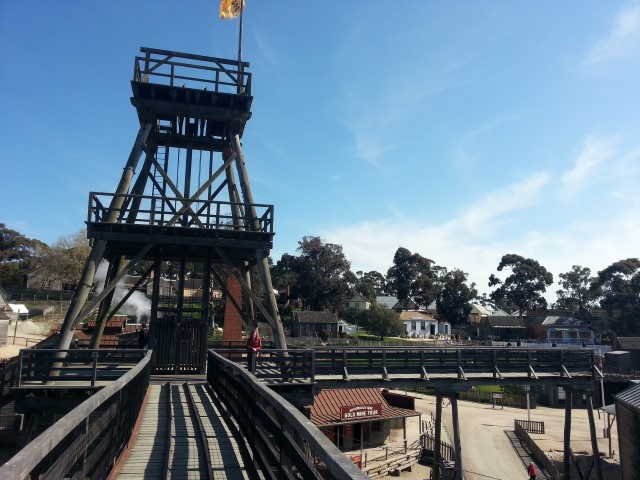 This is not the mineshaft, but is some outside machinery associated with it

I give Sovereign Hill an 8/10. I deducted two points because in the canteen I specifically asked if I could put the milk in the tea myself. She took this to mean "fill at least half of the cup with milk and hand it to Anthea". The boiled milk was so revolting that it almost ruined my whole trip. Dan and Laura eventually calmed me down, and when a second less horrific cup of tea was sourced I managed to still enjoy the day.

You could have the tea without milk. Saves all that hassle. And it doesn't matter as much if you run out or the fridge is on the blink.