I have some Middletons living in Moteuka, North of the South island, so naturally we decided to impose ourselves upon their hospitality, demanding food and wifi and entertainment. I hadn't seen these particular Middletons since I was about 9, and it was nice to see that my cousin John had managed to become the only tall person on the whole Middleton side of the family. 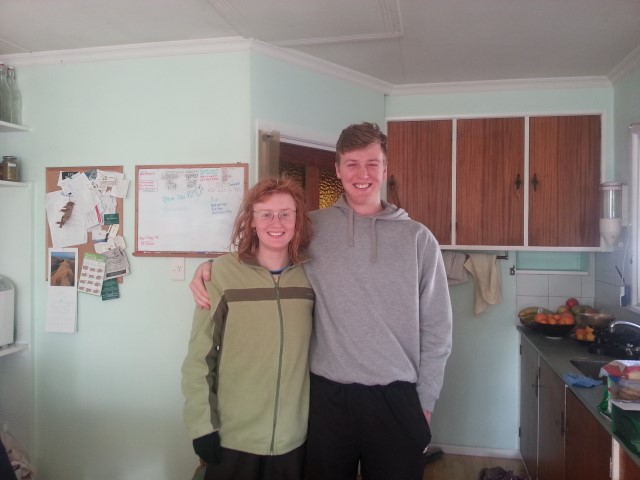 My uncle Richard told me before I left that New Zealand is made of scenery and this was most apparent in and around Motueka. On our first day we didn't have much time but Richard and Heidi brought us out to a beach that has a very famous split rock. They told us that this rock features in tourism posters everywhere, and of course I had never seen it before. However since going to see this rock (which was very nice) I've seen it in every airport, every New Zealand tourism ad, every brochure, every poster. They weren't wrong. So I'm very pleased I got to see in person and get a really rubbish photo because it was getting dark and we can't use cameras properly. 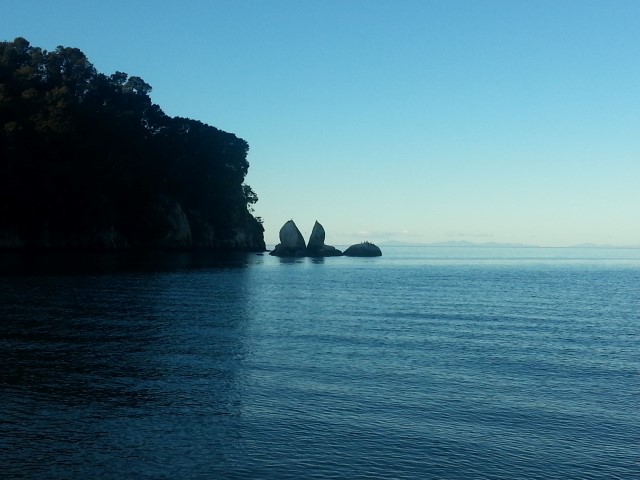 They had us sleep in the shed, which sounds dubious until you see the shed (pictured below). So in fact, they made us sleep in a Harry Potter film set. Absolutely delightful. It was no picnic getting up to go to the outdoor toilet at 2am in minus temps but. I'm glad I did however because I got to see the most spectacular starry sky I've ever seen. Obviously I don't have a photo of it, because if I can't take a photo of a rock at dusk I obviously can't take a photo of the night sky. It looks like a sci-fi film where they're on another planet and for some reason are now IN the sky. Incidentally the following night my uncle set up a telescope and showed us the rings of Saturn. It looks like a picture in a science book. It actually looks like those pictures. I'm not sure what I expected, but I was amazed and delighted. 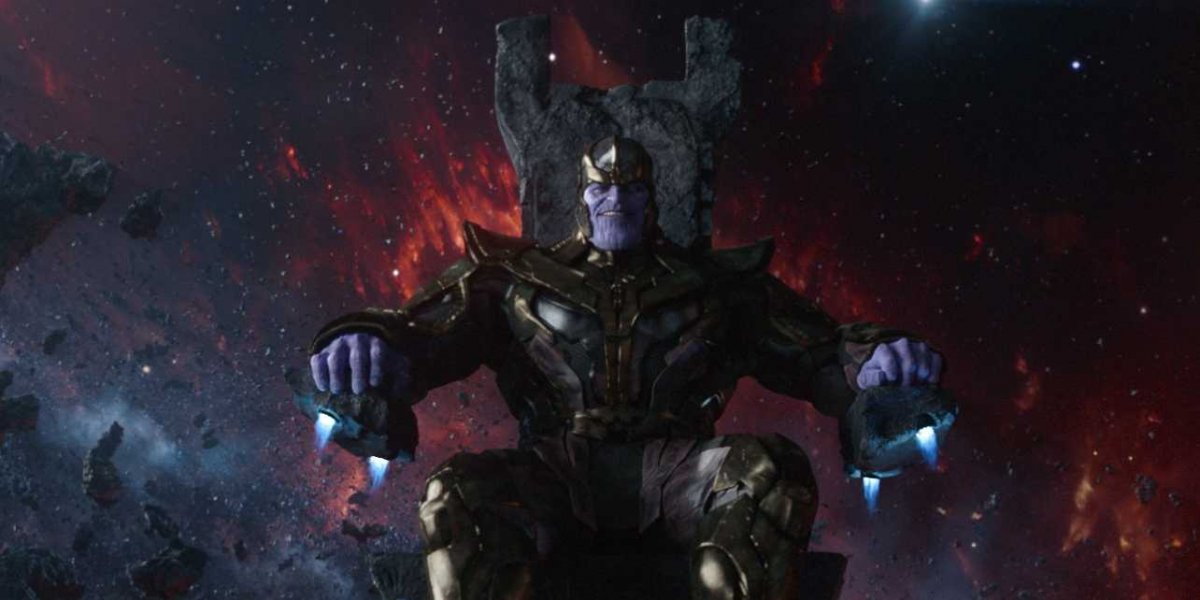 This is exactly what the night sky in Motueka looks like 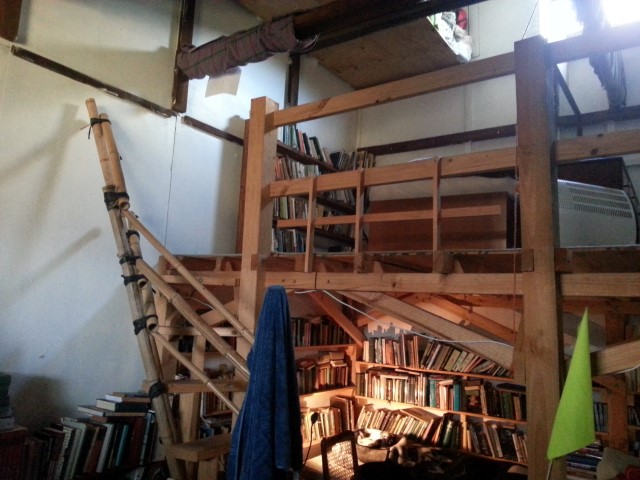 Unfortunately the following day, Tall John had to get a plane back to college in the middle of the day and no one could drive us around sightseeing. They were kind (and brave) enough to lend us their Hi Ace van and gave us instructions to drive over a massive mountain up to the North-most peak of the Southern island. The drive was windy, steep and treacherous and after about half an hour I was really jealous that I'd told Dan to drive instead of me. 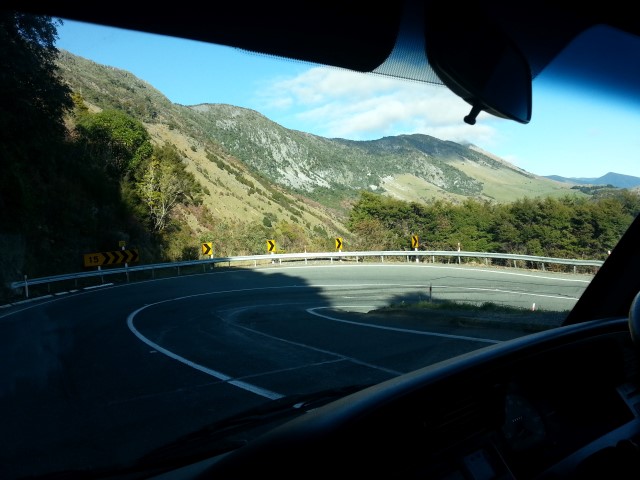 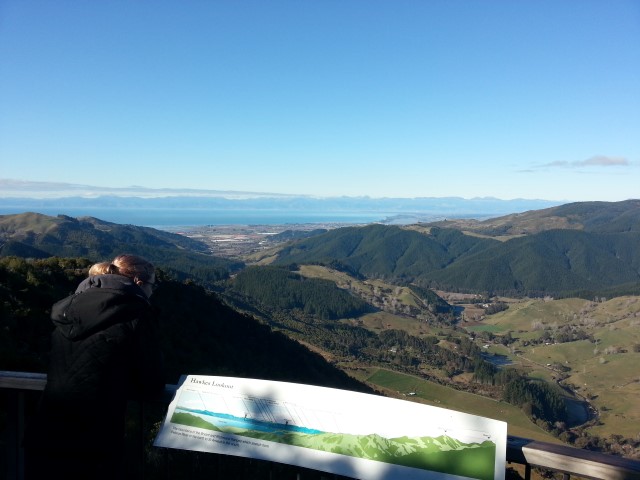 Eventually we got to Wharariki beach. We pulled into the carpark, avoiding the inexplicable peacocks and horses wandering around, and began the arduous twenty minute trek across hills and sand, to find this waiting for us: 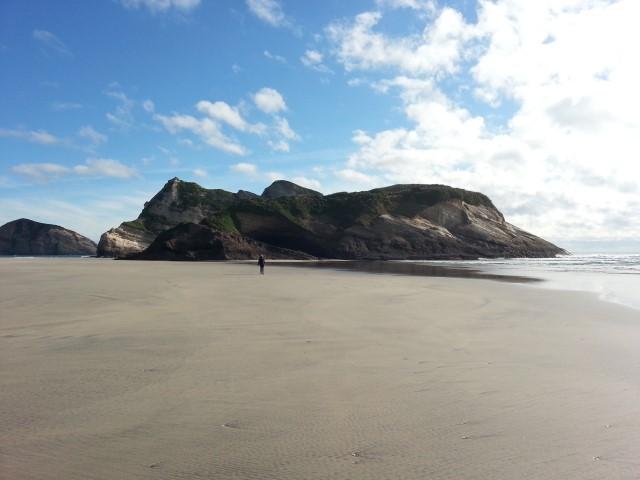 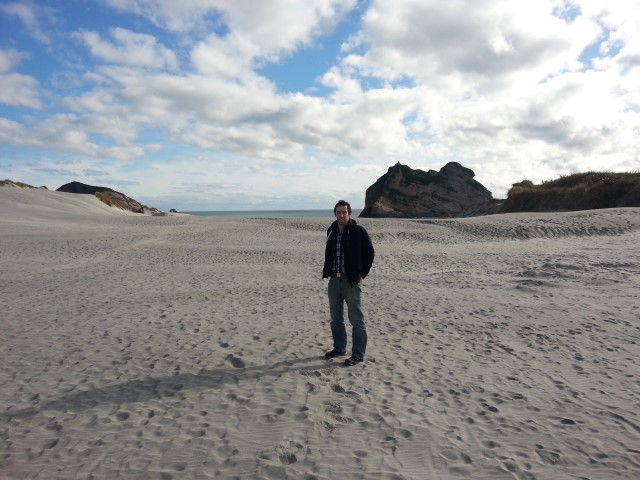 In the two hours we were there, we probably saw a total of ten other people. The weather was cold, I grant you, but it was the winter holidays and it's so beautiful. I couldn't understand. Was there a shark warning I was unaware of? We didn't see any sharks. Just... BABY SEALS. My uncle had told me that if you're patient and stand near them on the beach, sometimes they'll come up out of the little pools and play with your feet. We got locked in a battle of wills with the one other couple on the beach, each wishing the other would just get bored and move off because the seals were never going to approach with that annoying other couple there. They won, mainly because we knew we had to get the van back before dark. 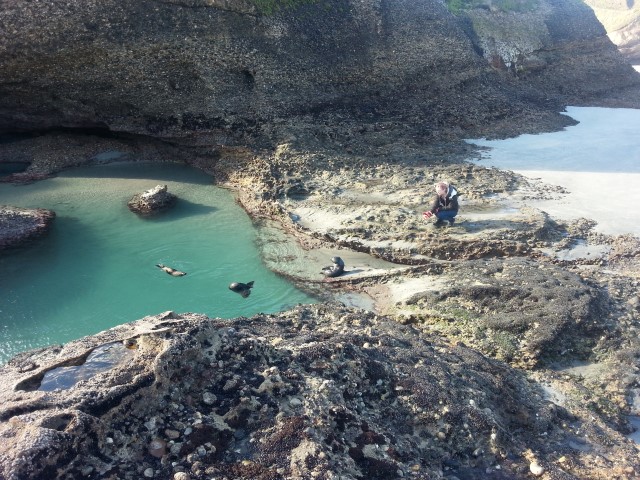 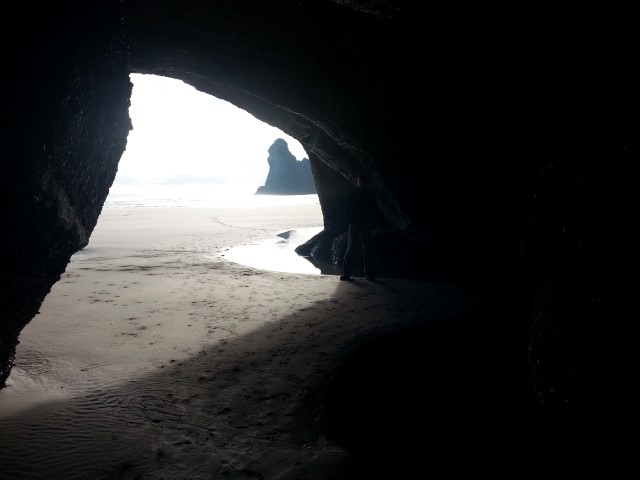 Further along the beach there are some magnificent caves, where Regelus Black (Harry Potter spoiler) may have swapped the fake horcrux. These were proper meandering beach caves, with hollows and tunnels and terror if you got caught in high tide.

Partly because we completely misjudged the time, and partly because I insisted on driving back and drive like a granny on tranquilisers, we were late. Family assumed us dead, and more importantly, van toppled over the edge of the mountain. Luckily Heidi maintained a tiny bit of hope and hadn't thrown away the delicious dinner she cooked us.