Blog
About
Lombok
Previous
Next
May 11, 2015
Indonesia
travel

Everything in Indonesia is really cheap compared to Ireland/Australia/the Western World. You'll hear people say this. I say it. Everyone says it. The price discrepancy allowed us to book a few nights in a beautiful beachside resort on the tropical island of Lombok. The problem, if you pause to think about it, is that everything is so cheap in Indonesia because an awful lot of people are extremely poor. Driving through Sumatra, while beautiful and rural, had shown us a very different way of life and to go from that to this beachside resort felt a little tainted. I guess the main issue is that we can afford to go there, but a very high proportion of locals could never afford to come here. And that's sad. So think twice before harping on about how great it is that everything is so cheap there.

Medan to Lombok involved 3 flights, and the last one we booked independently. Meaning if there were delays, they most certainly were not waiting for us. This seemed okay at the time, but sitting in Medan airport, watching the 'FLIGHT DELAYED' banner roll across at our gate, tensions were running high. We miraculously made all three flights, sprinting through airports like we were trying to catch someone in a romantic movie. We were relieved and grumpy to touchdown in Lombok. And we were instantly targeted by a scammer.

There were about 20 men at arrivals trying to sell taxis. This guy came up to me and asked where I was going and stupidly I told him the name of the hotel. I said we had a driver booked, thanks, but he kept insisting I needed to ring the hotel. I thought this was odd but then he made a call, and shouted 'Daniel Wilson' after us. It seemed slightly more legit and we were veering towards trusting him. He tried to shove the phone into my hand so I could talk to 'the driver' when suddenly, our actual driver, with our names on a placard arrived. Scam guy had rang the hotel and somehow gotten a name. Dan hadn't even booked the car. Our actual driver explained this is very common.

The hotel was beautiful as expected and we spent two full days sitting by the infinity pool looking at the sea. I gazed sadly at my uber white skin and figured 'a bit burnt is better than leaving Indonesia like a vampire'. That was a lesson well learned. While I know that everyone has the worst sunburn story, I assure you that my sunburn was much worse. You've never seen such sunburn. 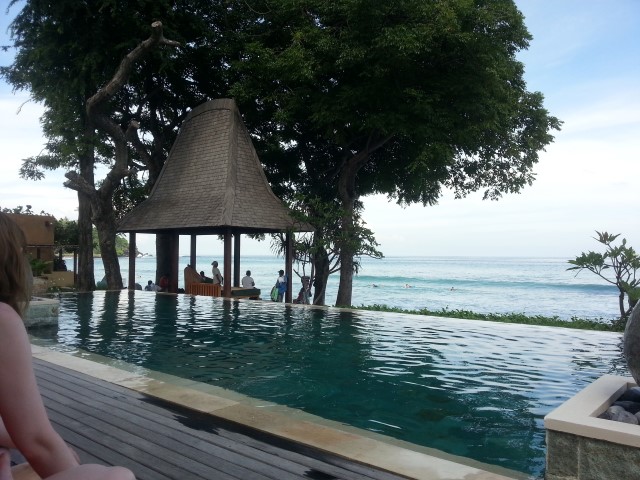 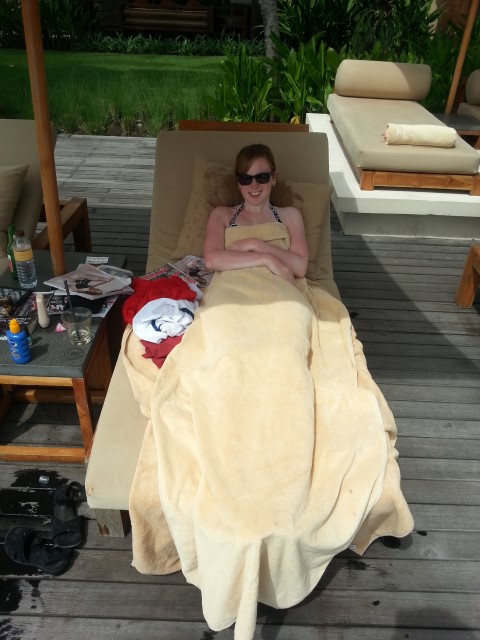 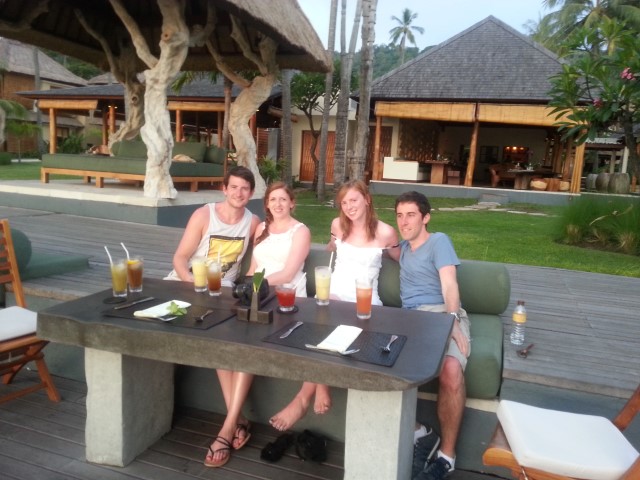 Anna and James opted to go to Gili Trawangan, a notable party island close to Lombok, that also has a sanctuary for baby turtles. And so began the second scam. Our taxi dropped us off out of view of the pier and told us we had to pay this horse and cart guy to get in. Dubiously we handed over our Rupee. The horse and cart brought us to someone's house with an office inside. Some guy at a desk informed us there were no boats for hours, so we better pay him to use his boat. It's easy to look back and wonder how on Earth this exchange happened, but when you're standing there with no alternative information, no view of the actual pier, and nothing looks legitimate, it's really hard to know what to do. Unsurprisingly we paid him. It didn't matter really. His boat brought us to Gili T which is all we were after.

We sadly only spent one day on Gili T, and it rained. But we still saw the tiny turtles, and cycled the full circumference of the island. It was a friendly, fun atmosphere, full of long-haired hippie surfing tourists. There were lots of little beach bars playing AC/DC and the like. It was sad to return to The Hotel of No Fun in Lombok. That said, when we arrived back in our super comfy room we weren't feeling too bad. 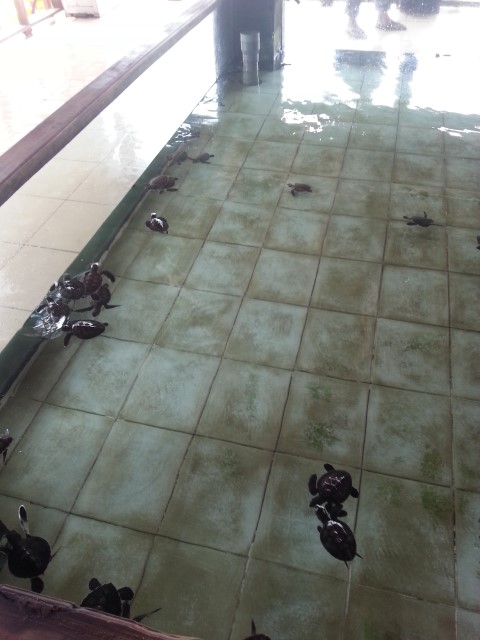 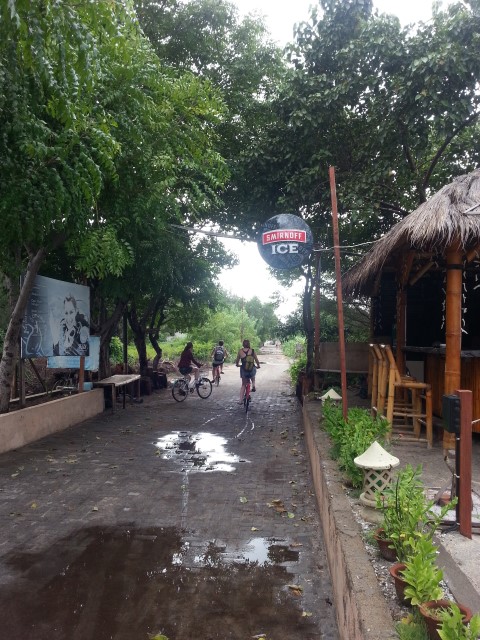 Cycling through torrential rain, because we like to make the most of things 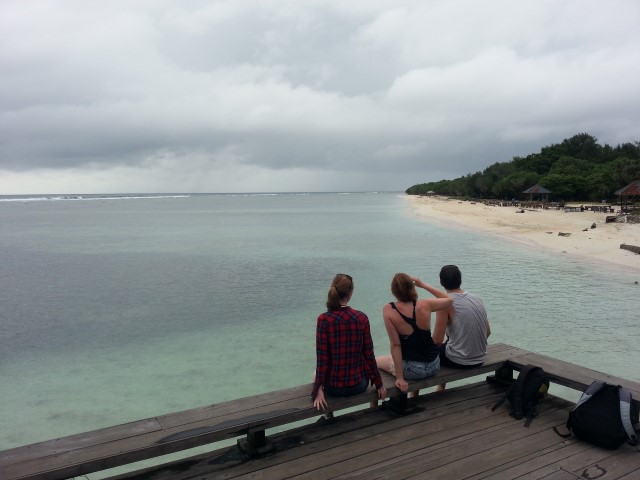