Australia was good because my cousin Frances and friend Marty both live there and know how to work the tram system.

Here's a picture of us all in a town just outside Melbourne. In a beautiful caravan park.

No it's actually the accommodation part of the circus Frances works in. I'm not sure why we didn't take the photo from the other side, at least with the circus tent in the background. Going back through our photos we realised, we took a lot of terrible photos, many with thumbs. 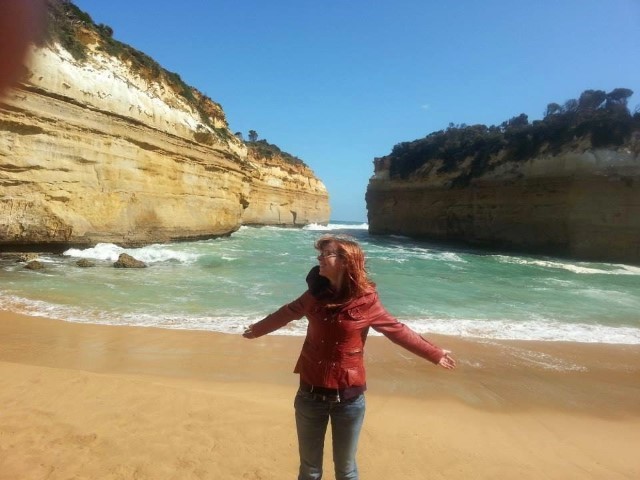 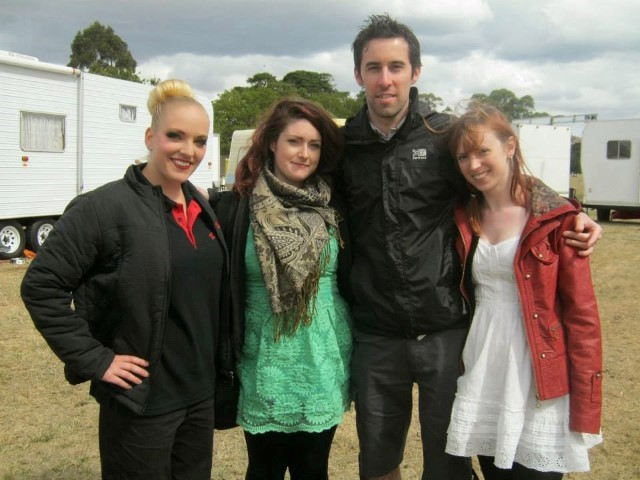 Frances is a dancer and general ridiculously good acrobat and has been in a few circuses. Because of this I've gone to a few circuses, in spite of my hatred and fear of clowns. It's time she acknowledged this, with some sort of gift. Unfortunately we couldn't take pictures in the actual circus, but here's a photo of her doing something impressive in a nice graffiti street in Melbourne. 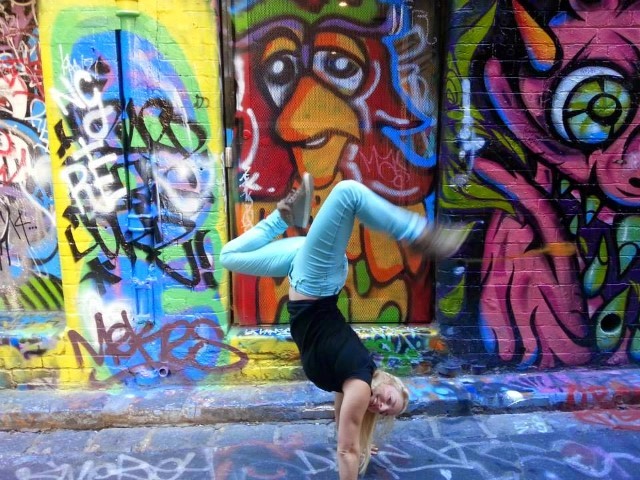 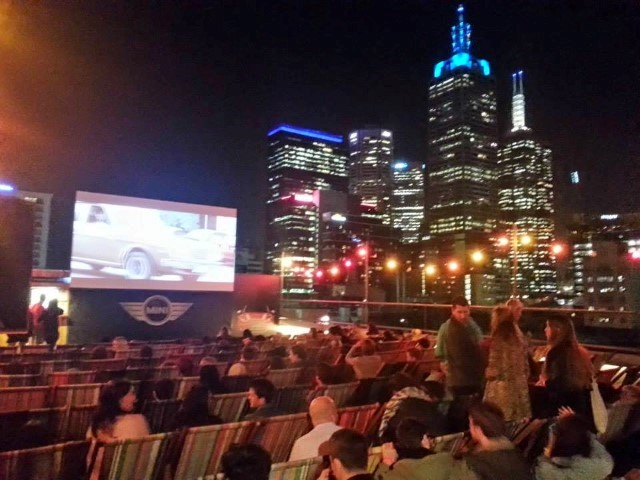 Marty brought us to a rooftop cinema. We sat in deckchairs and the backdrop was Melbourne skyscrapers. That was fantastic. The film was Ferris Bueller's Day Off, which in spite of never liking I've now seen 4 times. That was okay though. There aren't many films that could have ruined my rooftop cinema experience. Maybe Runaway Jury.

We went to the Dandenong Ranges, a big foresty area just outside Melbourne. I had been there as a tiny child and didn't remember much so thought I'd go back and try to recreate the photo. 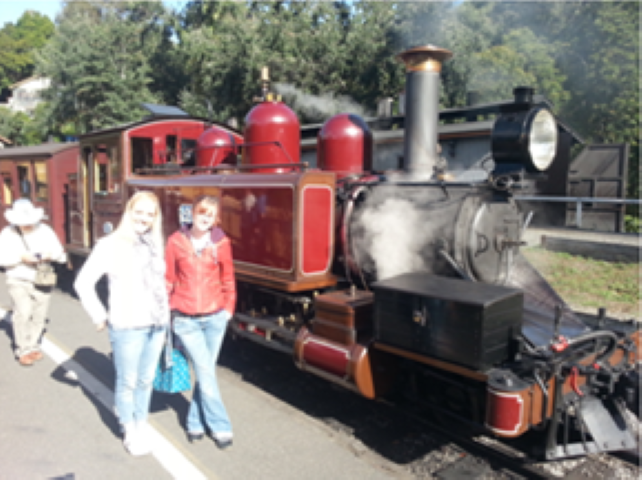 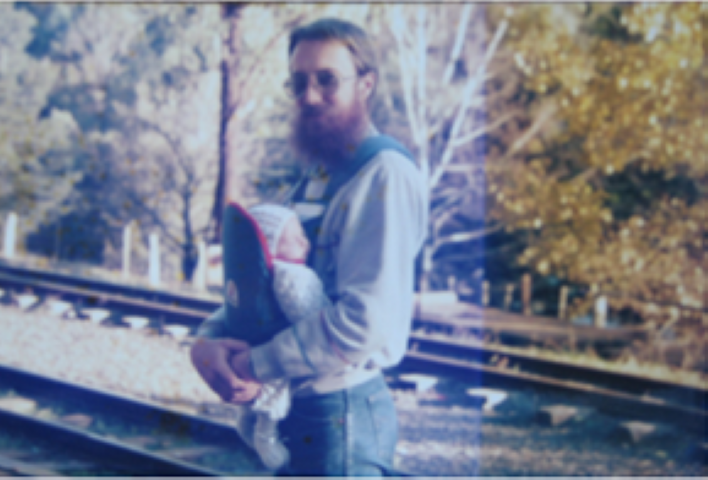 Our tour guide entitled us to one Lamington each. Lamingtons are delicious sponge cakes covered in chocolate and coconut. I took two. We went on the Puffing Billy train, which is a little old steam engine that drives high up through the forest. Highly recommend. There are few things more delightful than the Puffing Billy.

We also went to Sydney. The Opera House is looking well. 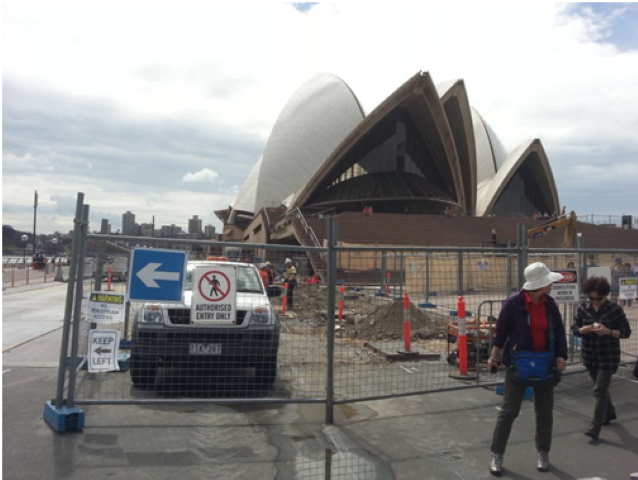 Unfortunately, the toilet in our Sydney hotel exploded. We were woken at about 1am by a gurgling, increasing rapidly in volume. When we opened the bathroom door, there was a volcanic eruption of bubbly suds spewing from the toilet. In spite of our trauma, we didn't get anything free from the hotel.

Going to Tasmania was a mistake. Dan insists I insisted on it in the planning stages, but I don't remember this. I'm pretty sure it was his idea. We arrived in Hobart on Saturday night and thought 'uh oh, our hotel is pretty far from the action'. Sunday revealed there was, in fact, no action. There's nowhere you can stay in Hobart that is 'central' because you'd have to actually be central to something. It's pretty I guess... It didn't help that our only full day was Sunday and no busses, trains or tours ran. We went to a free museum. Dan read every single placard. He does this, I'm sure, purely to annoy me, because he knows I can never make it through 3 paragraphs on 18th century Oriental basket weaving. 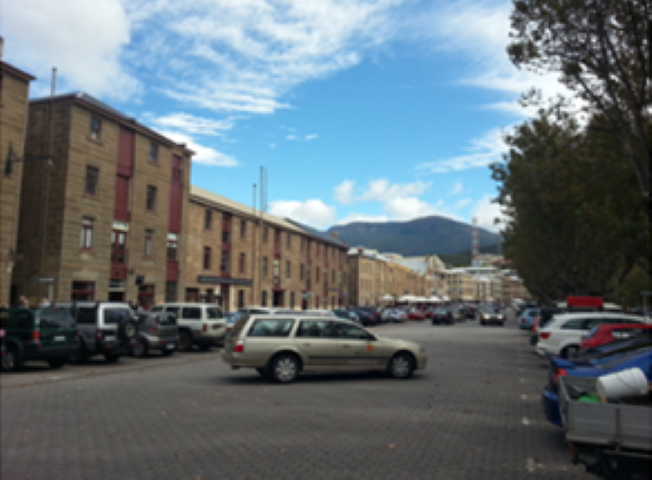 Hobart. There is not much to say. 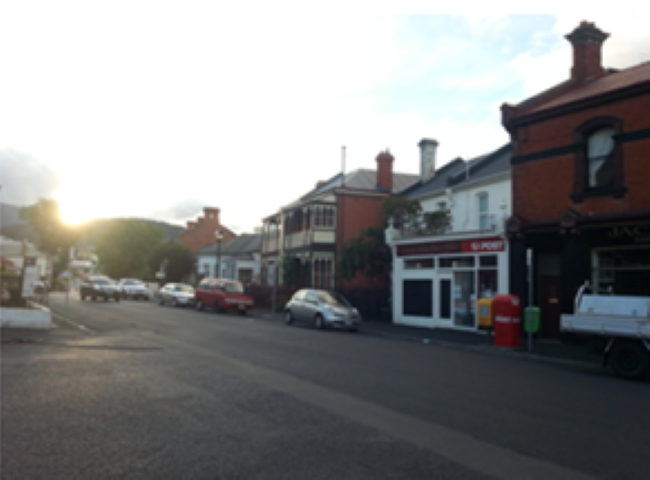 The next day we went on the only tour available. 3 hours in a town called Richmond. It had a colonial gaol, a postbox and a bridge. Our tour guide was really resentful when Dan said he was a physicist, loudly demeaning the work of (we assume) Stephen Hawking saying 'Physics eh? Like the bloke who wrote that book about getting something from nothing? Hahaha.' Dan thanked him for his refreshing perspective but has decided not to burn his PhD. 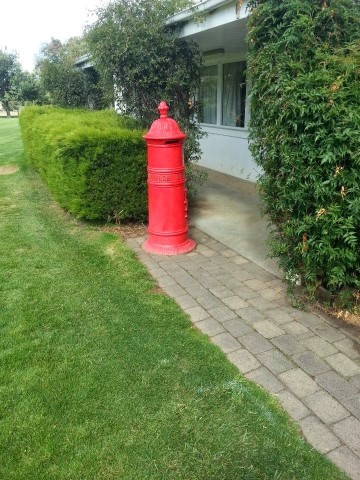