Antigua is another old, scenic city surrounded by volcanoes. This one is particularly scenic and you can watch Fuego erupt a bit every few minutes. The first time I saw it (it's just puffy black smoke) I panicked, wondering why no one else was panicking. Should we run for it? Was lava about to consume Antigua? At least would there be a problematic ash cloud blocking our way to Mexico? No one seemed fussed so I relaxed and watched it in peace.

Getting to Antigua, like getting anywhere in Guatemala, was not straightforward. We got off the boat to Panajechal and tried to give the driver money. No, he waved us away, give it to that guy. He pointed vaguely up the dock. So then a teenager stops us holding a wad of cash and asks for the money. We hand it over and continue onwards. Then an old man stops us and asks for the money. Using a lot of gesturing we explain that we've already paid and assume this is fine. A few minutes later in the bus station, he ran up to the window and started gesticulating wildly. A nice girl translated for us but it was pretty obvious. We hadn't paid. We brought him back down the dock to explain but the teenager was gone. The guys in charge of the boat told us to wait and eventually sourced the teenager. Initially he seemed to be denying any knowledge of us and the money but for some reason he gave in and the matter was sorted. I'm too impatient. I'd been arguing the whole time that we should pay them twice.

We got to Antigua late afternoon, just in time for a free salsa class. The sign said 'Free salsa class at 5pm on Tuesdays'. It seemed too good to be true but we were ushered into a tiny room, along with about 15 other people, and taught some beginner salsa for an hour. We were utterly useless and there weren't enough women so had to rotate partners. I ended up with a decent Guatemalan who could actually do some salsa. It was good for me, but a total waste for him. Good thing he didn't pay. 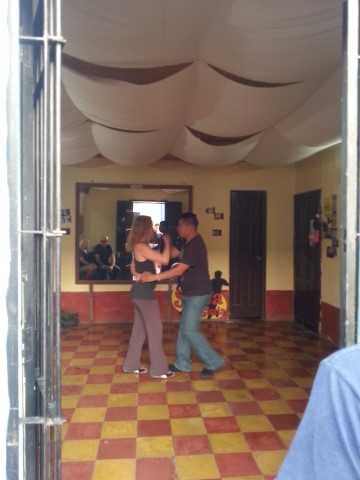 Antigua is filled with ruined churches. All the streets are cobbled. Scenic but uncomfortable after a while. And the buildings are all very pretty colours. Lots of people go there to stay for a while and learn Spanish and salsa, which seems like a great idea. 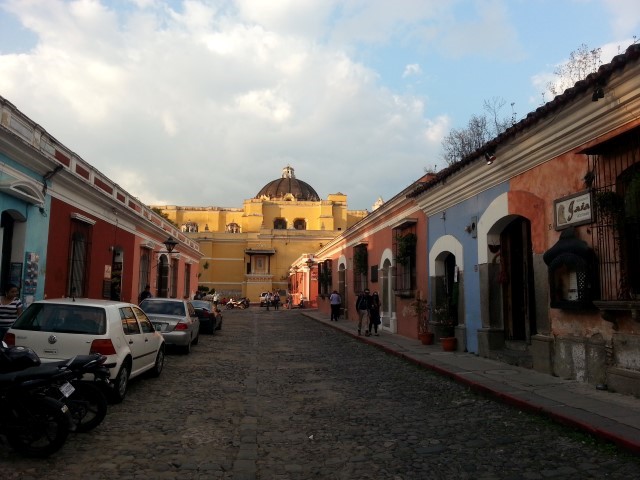 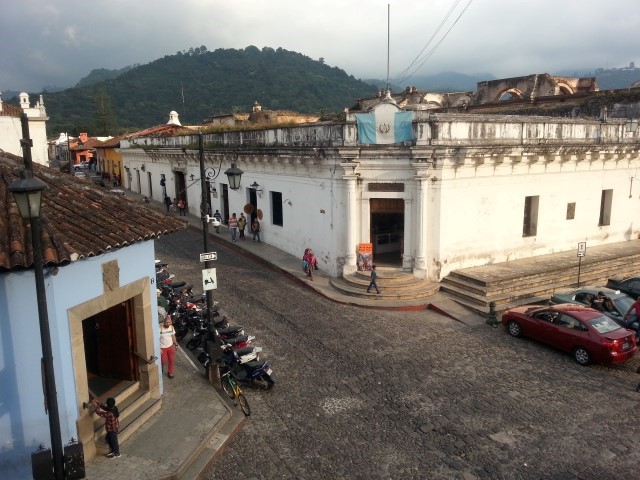 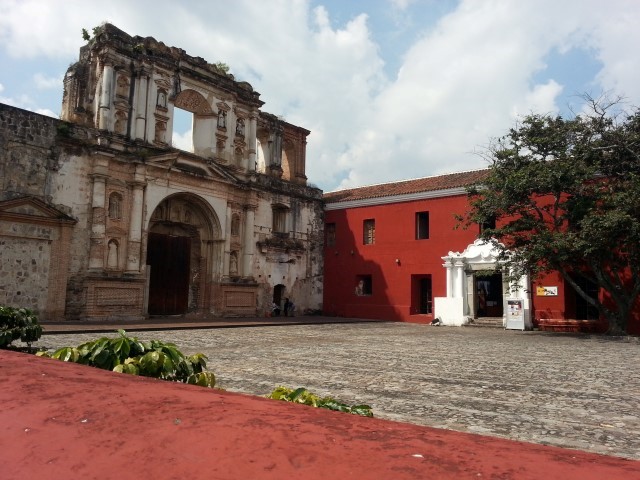 On our final night we met our Lake Atitlan Irish friends in an Irish pub called the Snug. There were a few other friendly patrons, who were presumably very trustworthy as the one barmaid kept leaving to get supplies from down the street. She gave us some free nachos which was great. 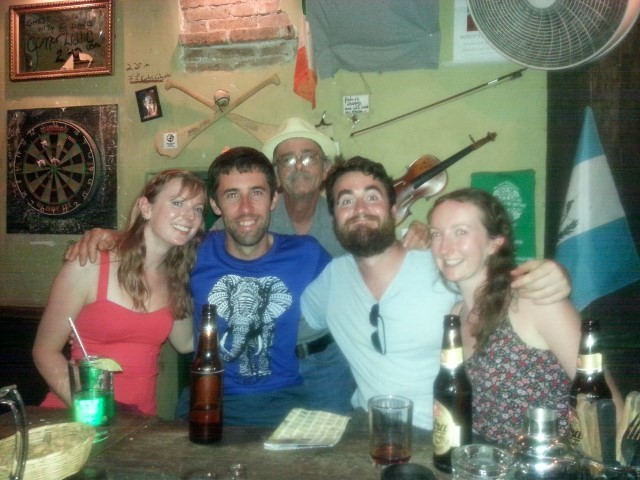 Guatamala has a very unfair reputation. Flores, Lake Atitlan and Antigua seems to be the tourist trail and all three were beautiful and tourist-friendly. You do have to be wary of people trying to scam you but I never felt threatened. And if I did it was only because everyone had told me I'd definitely be mugged at gunpoint, not because of anything that actually happened. If you're stupid and walk around juggling your wallet and your iPhone at midnight outside the pretty town centre, yes you may get into trouble. But if you avoid quite blatant safety hazards (such as the chicken busses) I'd say it's very unlikely you'll suffer anything more than an overpriced boat fee.

We also didn't get even a hint of food poisoning.

Top marks to Guatemala. Minus marks to everyone who told us not to go there. Extra minus marks because no one who warned us had actually been.

Also if someone reads this, takes my advice and gets mugged at gunpoint that's not my fault. You shouldn't have been juggling your wallet and your iPhone.