There isn't a whole lot to see in Kampot itself, but it's a good place to rent a moped and roam around on your own. Unlike the cities in Cambodia, the traffic isn't like a relentless herd of stampeding buffalo scooters.

Bokor Hill is an hour-ish scenic drive from Kampot centre. It took us two because we didn't want to crash our second moped so drove at roughly 20km/hr the whole way. We also kept stopping to take photos of grass. 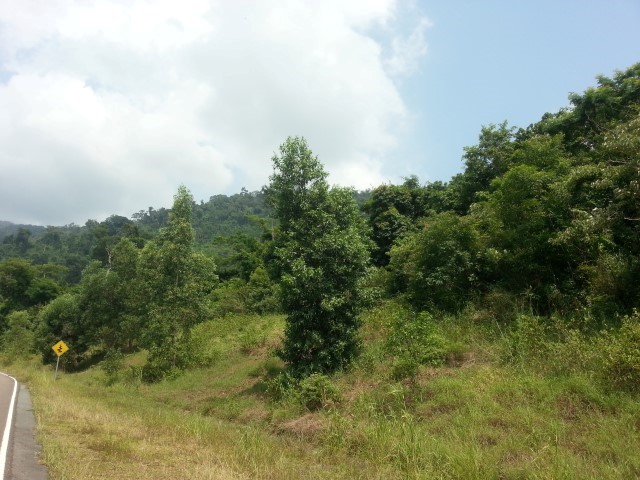 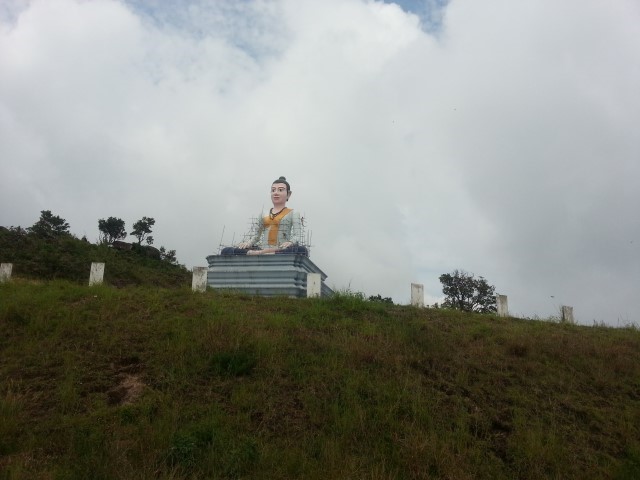 Bokor Hill Station is a French colonial ghost down, dotted with abandoned buildings. That's why you should go see it. Not for the utterly horrible Chinese casino at the summit. You'll know when you get near the top because there's a big weird statue welcoming you, like a scary clown face beckons you into a funfair.

A bit further on is the miserable monstrosity of the casino resort. I'm not sure if the fact that it was mostly empty made it better or worse. More depressing anyway. Surrounding the casino are many new concrete buildings. The whole area is essentially a building site. Maybe the place is busier in high season but I can't realistically see how this unpleasant development is ever going to be of use. 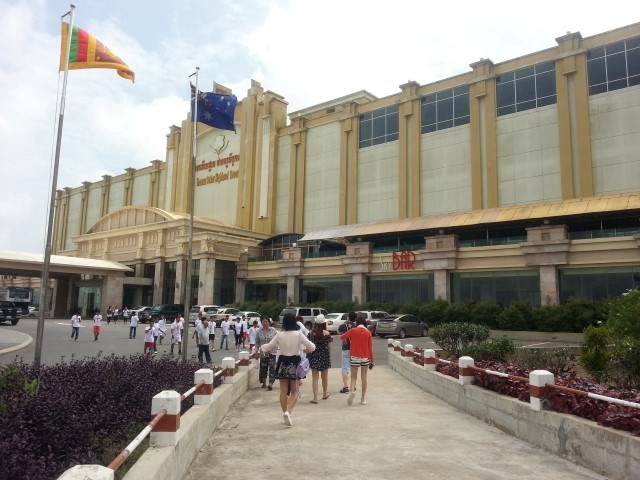 After making use of the casino's nice toilets we sped away to see the abandoned buildings instead. They're much nicer. 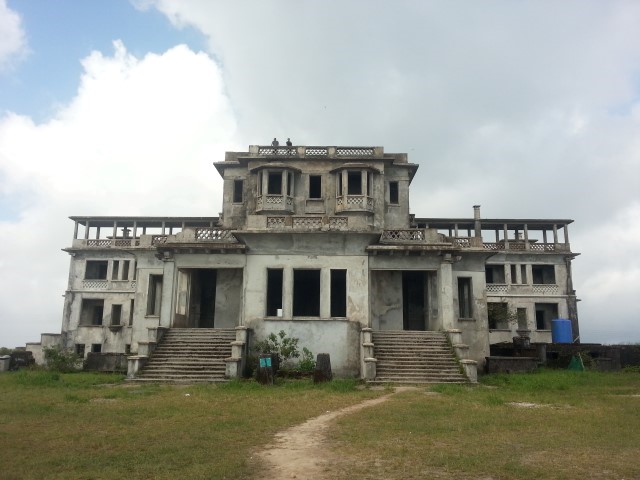 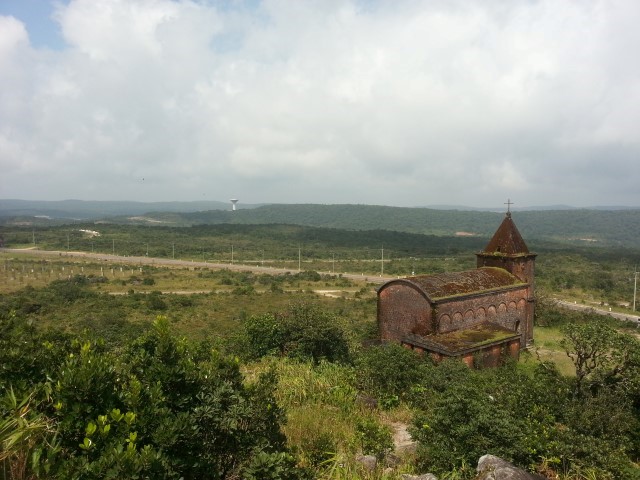 Handy Catholic church to pop into for a quick mass

Further on is the waterfall. It was nice but a bit weird. There's an area you pull in to see it. It has an unnecessarily large concrete carpark and seating area, alongside a massive empty locked canteen. Fortunately you can't see any of that when you go through the trees to the waterfall. 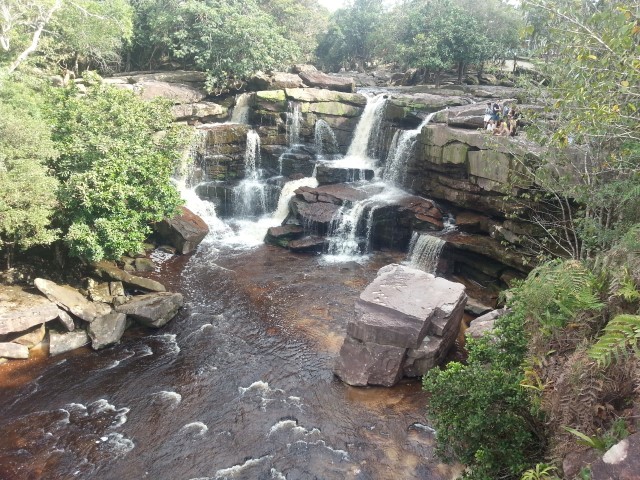 The next day we panicked. We had the scooter for 48 hours so getting any other form of transport was out of the question. That thing cost us 5 dollars a day. Trip Advisor said to go to the caves, or go to Kep (a nearby town), or even Rabbit island (an island absolutely miles away). The caves sounded really boring, Kep was too far and Rabbit island was without question too far. If we couldn't follow Trip Advisor advice what would we do? We were at a loss. Should we just sit in our room and cower, eaten up with guilt and shame at not doing the Trip Advisor Top Ten for the two days we spent in Kampot?

We pulled ourselves together and decided to bring the scooter out for a wander. Our hotel map marked somewhere called 'Coconut Hill'. All of the Internet said it was far too treacherous on a bike but someone in the restaurant said it was grand, so that was good enough for us. As it turns out, the Internet was exaggerating, though not by much. The road was bumpy and dusty but there wasn't much traffic and we were in no hurry. We ambled about the pretty orange and green countryside, taking more photos of grass and eventually got to the hill. We couldn't go up the hill but the road kept going, so we did too. Then it got to the sea so we figured we'd better stop. It was great fun, much better than a stupid cave. 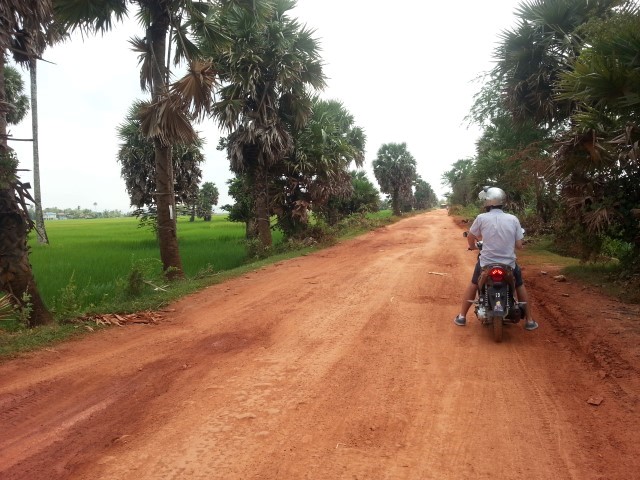 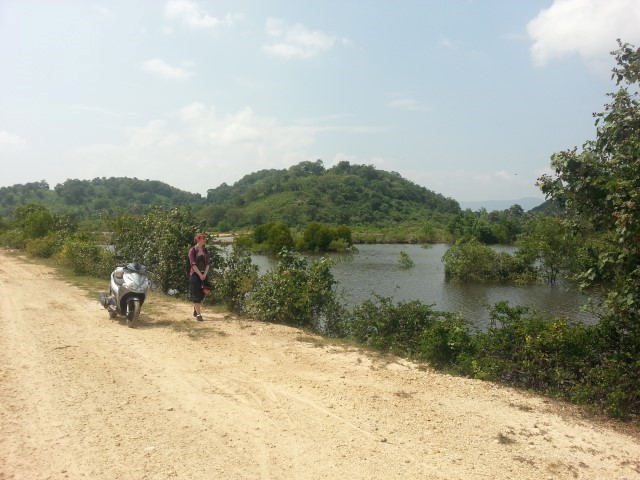 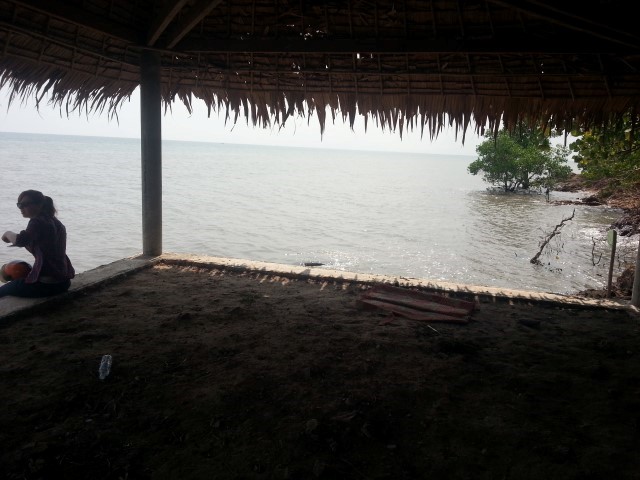 Rikitikitavi, the hotel we stayed in, deserves a mention. You can't find it on the usual booking sites but it's highly recommended by the Internet. It's run by an English/Dutch couple. Dom, the English guy, rode his bike from England to Cambodia (he cheated in India and had to fly) for a number of years, then decided to stay and open a charming hotel. I was particularly impressed by their restaurant because on the menu they say "We use only purified water to clean salads and dishes and keep to the highest hygiene standards". It was here that I abandoned my attempts at eating Asian food. I'd been doing okay up until now. I didn't eat meat, but ate a lot of rice and vegetable stuff. However I did have a pretty permanent stomach ache so thought maybe what I really need is a burger. And ate burgers 3 days in a row. I felt much better.