If my last post seemed a bit of a downer, we spent our only day in Phnom Penh going to the Tuol Sleng Genocide Museum (commonly known as S21 - Security Prison 21) and the Killing Fields.

S21 is a former high school, which became a torture prison for the Khmer Rouge from 1975 - 1979. Now it's a museum chronicling the Khmer Rouge/Pol Pot genocide. It's well laid out, keeping some rooms similar to their previous states, usually accompanied by an utterly horrible photo of what they found when the prisoners were eventually released. They sourced a huge amount of inmate photos, taken when the prisoners first arrived and lots of people go there looking for information on relatives.

I think I found it particularly chilling because I never knew much about Cambodia's brutal history. I knew Pol Pot was a vicious dictator, but that's about it. Sometimes over exposure to historic events, no matter how horrific, can leave you a bit desensitised. Not so here. 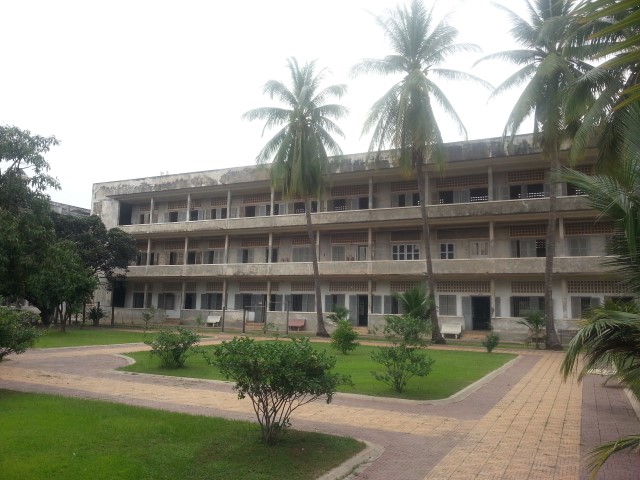 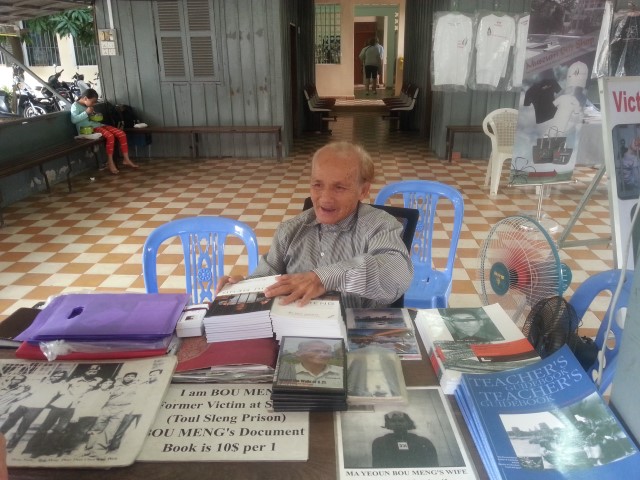 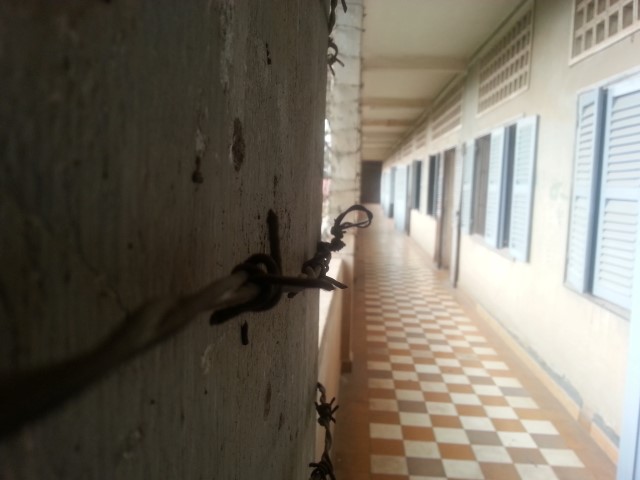 On our way to the Killing Fields, Dan asked our taxi driver, Soda, where he'd lived during the mid-late 70s. Turns out his family of 12 were forced to leave Phnom Penh when the Khmer Rouge took over (they told everyone there would be an American air strike) and made for the Thailand border. Over the course of their reign half of Soda's family died, either by starvation or murdered. The most sickening story he told us was about his eight year old brother. Their mother grew corn in the garden, presumably for the government. Soda's little brother was seen taking some and was captured and killed. What do you even say when someone tells you a story like that? Soda went on to play soccer for Cambodia's national team. He said people still recognise him.

The Killing Fields were sites of mass murder during the Khmer Rouge regime. The one we visited outside Phnom Penh was actually quite serene. Your entrance fee gets you an audio guide. This tells you that a lot of the structures and buildings were torn down, so what remains is a rather peaceful park. From time to time bones and teeth come to the surface. The most awful part was the Killing Tree. Google it if you're interested, but be prepared. In the centre is a monument filled with the skulls of the victims uncovered. Each skull has a sticker denoting a best guess at how they died. 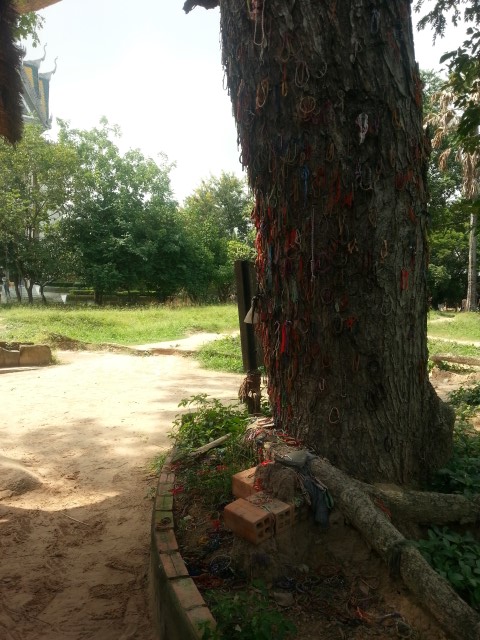 Needless to say that trip rather hung over our time in Phnom Penh. Aside from that, as a city it's okay. Busy, full of people shouting their offers of tuk tuks. All the paths are crammed with tuk tuks, mopeds and cars making it treacherous to walk. We visited an enormous sprawling market called Central Market and Dan bought a shirt. It took a long time for him to convince the stall owner than he wasn't a size XXL. Even when he tried it on (at her insistence) and almost wrapped it around himself twice, she wasn't convinced. 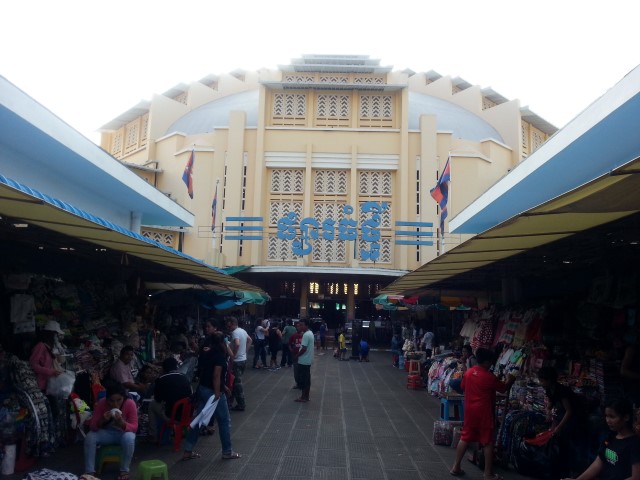 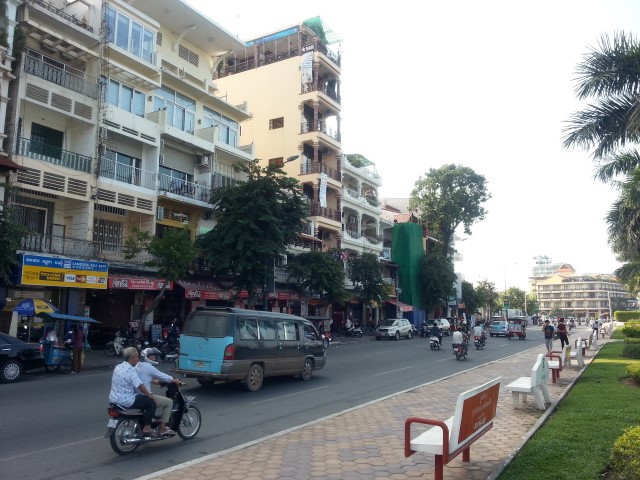