I was extremely wrong.

Siem Reap is a beautiful city. It has no skyscrapers, and for the most part the buildings are quite spaced apart, so it seems more like a big town. The streets are wide, though jammed with scooters and tuk tuks. It seems the only way to avoid having 10 men shout 'Tuk tuk?' at you as you walk is to actually be IN a tuk tuk. Pub Street and the Art Market are at the very centre. They're touristy but sometimes it's ok to be touristy. All the eateries were clean, and I bought a t-shirt in the market. I did try hard to get one that didn't say 'Cambodia' on it, but no such luck. So now I'm that person who wears their Cambodia t-shirt back in Ireland. 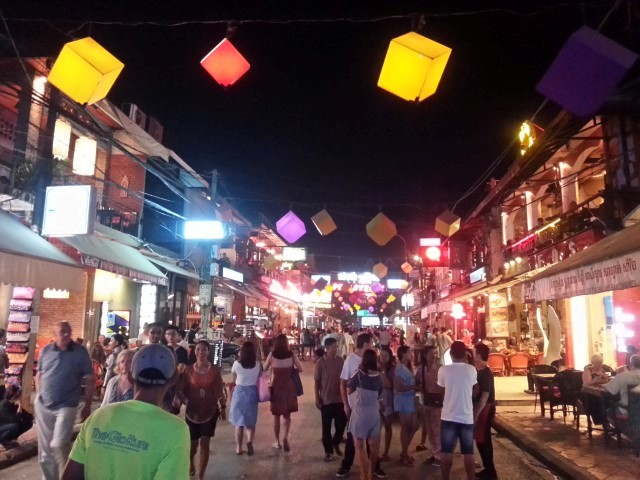 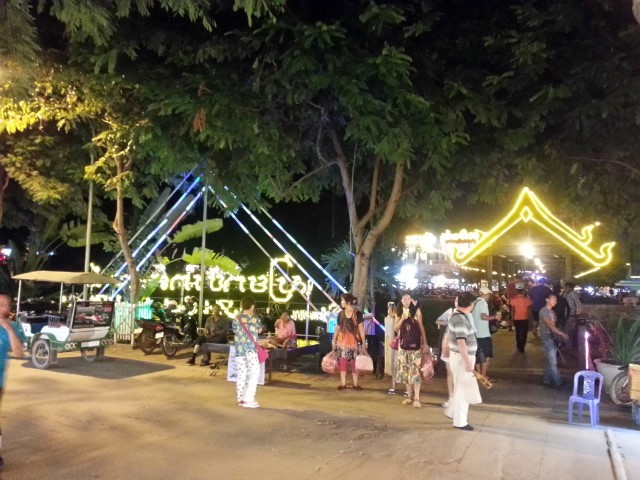 Angkor Wat is a large formerly Hindu and presently Buddhist temple just outside Siem Reap. Throughout history its religious affiliation has changed depending on who's in power. We hired a tour guide. When you're limited in time it's much easier, and things cost nothing in Cambodia. He turned out to be a former Buddhist monk and spent much of the tour trying to convert us to Buddhism. We read to cover shoulders and knees as always, men included this time, and when we met him asked was our attire suitable. He looked sadly at my t-shirt and said the sleeves might be a bit short. I specifically read that a t-shirt was fine coverage so I think he hated shoulders more than most.

Angkor Wat is spectacular. I liked it because it was all stone, with no gaudy gold or painted decor. Walking around it felt like being in a computer game. Someone else must've thought this too, because one of the other temples in Angkor (there are 85. No matter how beautiful, that is too many temples) was where they filmed Tomb Raider. Our guide wasn't mad about the Tomb Raider temple, probably because of the media hype, but it was my favourite. Angkor Wat is much better restored and in great condition but the Tomb Raider temple belongs to the jungle now. It has huge Strangler Trees growing through it that have now become integral to its structure. I did a hilarious computer game running and jumping motion for much of our Tomb Raider tour. 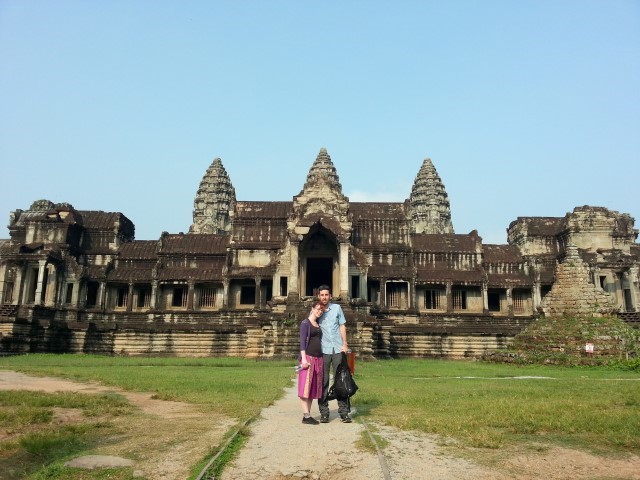 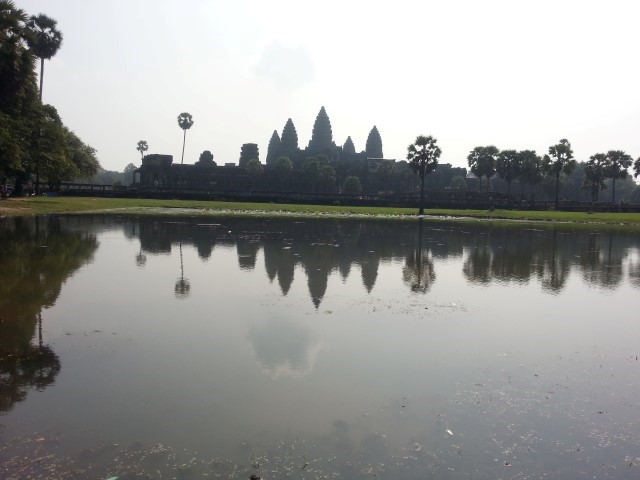 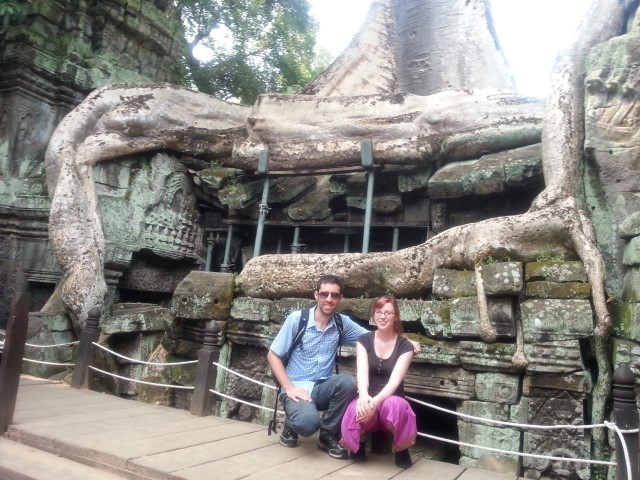 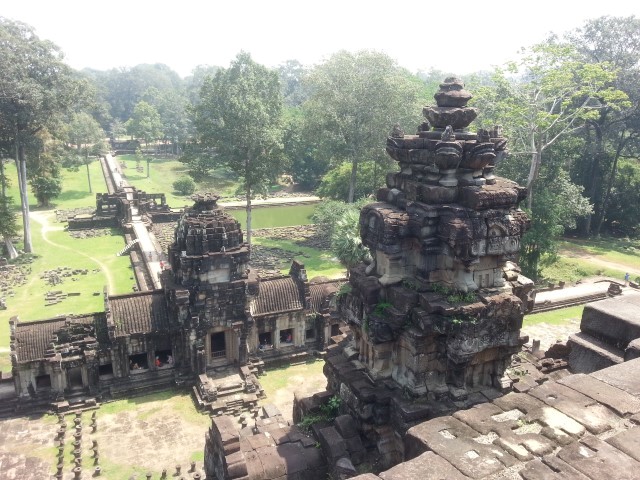 Our second day we again opted for a tour. This one was of some local villages, a real market (as opposed to the tourist Art Market), and one of the famous floating villages. This tour was wonderful and a little sad. The villages show a different picture to Siem Reap city centre. At one point we veered off the road into the jungle to see an abandoned temple. En route about 20 tiny children joined us, climbing on the backs of our bikes. I was terrified I'd crash but she wasn't having any of it. Our guide Chantha explained that he always brings stuff for the kids like sweets and pencils for school. Heartbreakingly he told us that he meant to bring them some schoolbags this time but forgot. 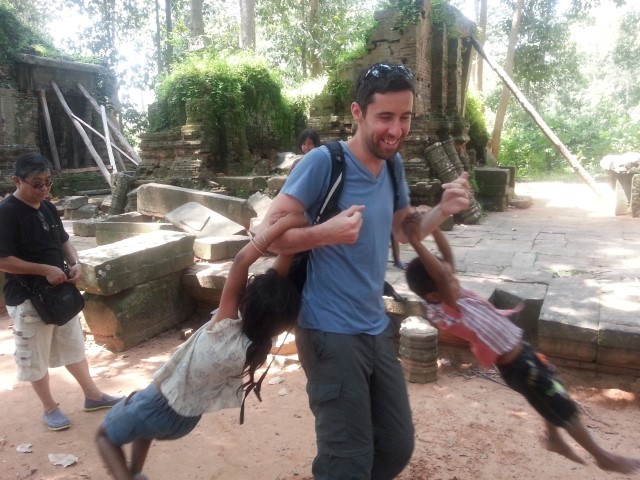 They all loved Dan because he flung them around the place 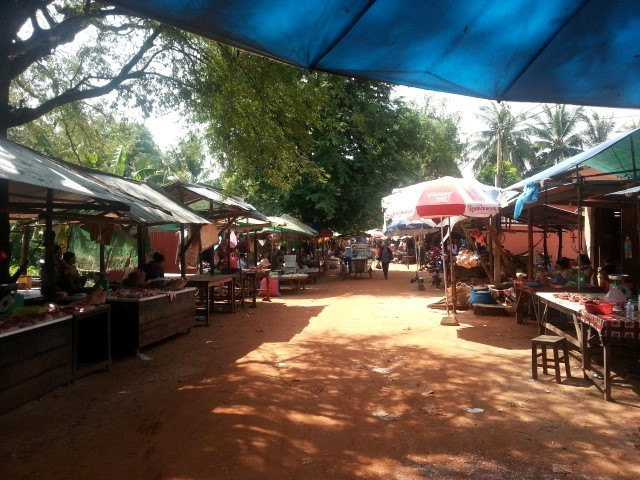 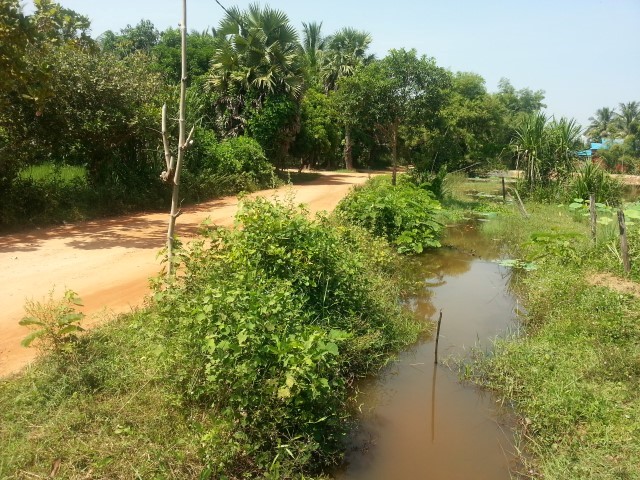 After dropping the kids back (they tap you on the back when they want to get off the bike) we drove to the floating village. The houses are all either on stilts, or actually floating as boats so that they can survive the wet season. Chantha told us that in wet season they fish, in dry season they're farmers. They often have to completely reconstruct their houses after wet season. We ate lunch in a lovely lady's house and then took a boat down the main street of the town out towards the lake. I couldn't help but notice that the religious temples were by far the most structurally sound, expensive looking buildings. As always.

I found it strange to think that we in the West work in offices to save money so we can go to Cambodia and stare in fascination at this poverty-stricken floating village. In a way it's nice to see simple living, and their wooden houses on stilts out in the river. But really, all those little kids needing schoolbags is very sad. 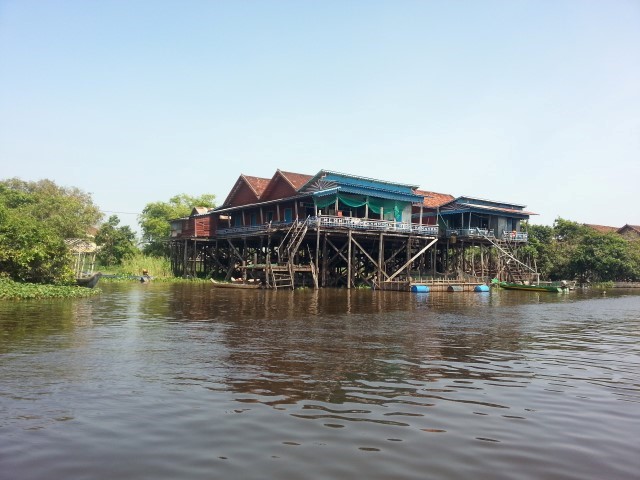 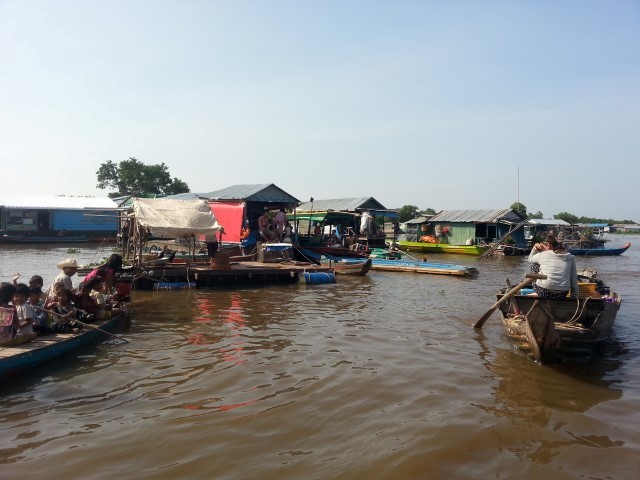 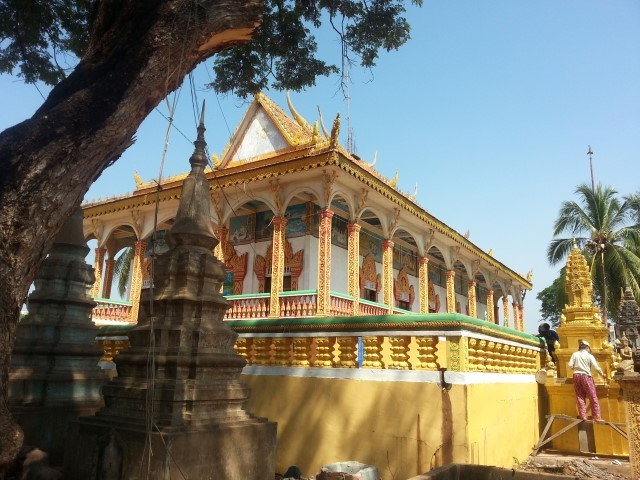 On a more cheerful note we went to the circus that night. Usually I hate the circus, but this was more a Cambodian Cirque du Soleil, so no clowns. All the acrobats came from a school of performing arts that takes on disadvantaged kids and trains them. It was better than any Cirque show I've seen (and I've seen two).

There were a lot of initiatives for helping people in Siem Reap. Our hotel takes on disadvantaged kids and trains them in the hospitality industry, teaching them to read and write if necessary, and teaching them English. They bring them on trips around Cambodia because they'd never get a chance to leave Siem Reap otherwise.

Siem Reap has leapt to the top of my 'favourite Asian city' list. I imagine I appreciated it more coming from Bangkok. 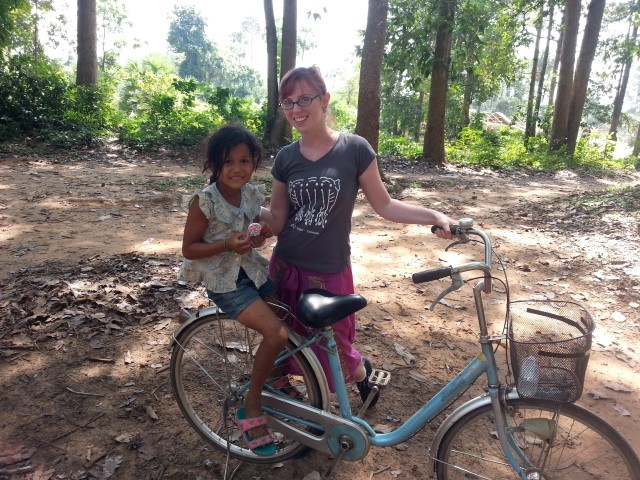 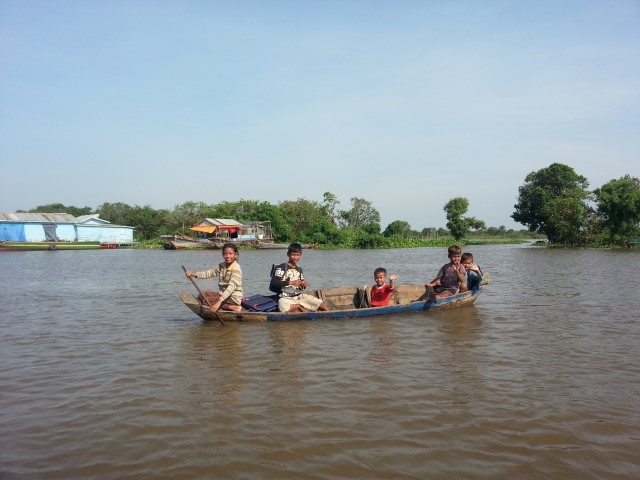 Children sailing by our boat in the floating village 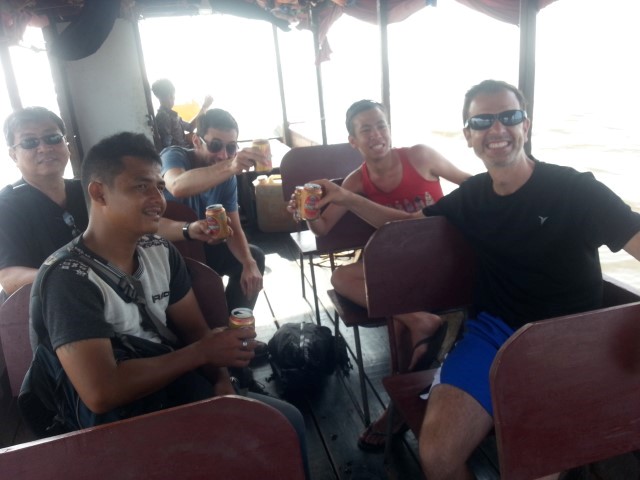