Ignoring the fact that I lived in Ireland for 25 years and never visited France, which you can literally drive to, we figured it would seem ridiculous to not visit New Zealand while living in Australia.

So we arrived in Auckland and added a new element of stress and excitement to our travel adventures: A hire car. The plan being to drive from Auckland to Wellington, stopping off for a few different things. From Wellington we would fly to Nelson where we would be picked up by my aunt and uncle for 2 days of family fun in Motueka. After that, fly to Queenstown (they did not take my hints that they should drive us 7 hours to Queenstown) for skiing.

When we arrived in Auckland it was dark and raining torrentially. Compared to Melbourne it was also freezing cold (about 6 degrees). Our new sat nav led us safely to our B&B in a charming little suburb with a large hill called Mt Eden nearby. We were hungered, as all we had eaten was a McDonalds upon our arrival. We better eat something healthy to counteract that McDonalds, we told each other, scanning the restaurant-filled street for a salad bar. It is raining a lot though, Dan pointed out, and that Pizza Hut is right across the road. It happened. I'm not sorry.

I have friends who lived in Auckland for a year, so between them and my uncle we had an absolute abundance of... 4 recommendations. Mt Eden was the first one. As it was right next to our B&B we walked up it. Even though it only took 20 minutes I was still distressed to learn that if you want to, you can actually drive. Why even have the damn car if we're going to walk up a mountain? Mt Eden is one of New Zealand's many volcanos, though the centre of this one was just filled with grass and rocks. I'd never seen a volcano before, either dormant or active, so I was very excited. It would be a long way to fall. Or a long way to climb back up if you were a drunken teenager who decided to roll down to the bottom (I imagine this must happen). The peak offers panoramic views of the city, which are said to be better than the Sky Tower (the second of our recommendations) so we took pictures with the intention of comparing them later. The view was beautiful and the sky was surprisingly clear. 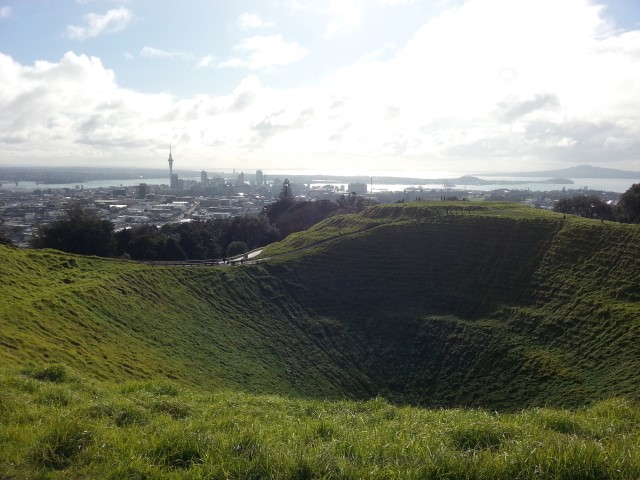 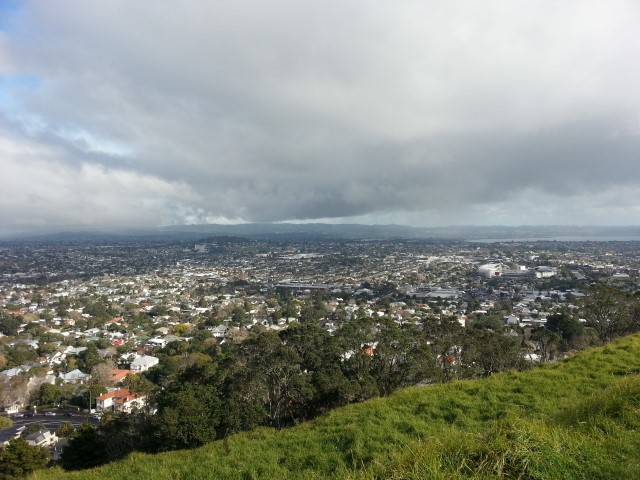 Onto our next recommendation, this one in fact from the girl working in the B&B, we walked down from Mt Eden into the centre to walk up the main street (Queen Street). There is only one main street in Auckland. It's ok, but none of the shops sold gloves, which was the main thing I wanted from Queen Street. It also wasn't Auckland's fault but the weather deteriorated to a rather grey miserable point, where even if it wasn't raining you still felt like you were walking around a black and white photo. We made our way to the Viaduct dockland area (third recommendation) and had a wander, admitting that it would be very pretty in more clement weather.

The fourth recommendation was conveniently on the docks, the Maritime Museum. Dan was delighted of course, but even I enjoyed the displays set up to mimic the interior of the immigrant boats. It's a rather good museum as they go. While I can never get fully on board with looking at pictures of things behind glass, this one had more entertaining stuff than many.

Our fifth recommendation (Queen Street added by our B&B friend) was the Sky Tower. Dan and I can't go on a trip to any city without going to a really tall building. So up we went. As always, it showed the city from far away. The novelty here though was sections with a glass floor, which you have to pay extra for in Melbourne. Top marks to this particular Very Tall Building for that. If I'm really honest with myself, the view was better than Mt Eden, plus we got to see it at night. 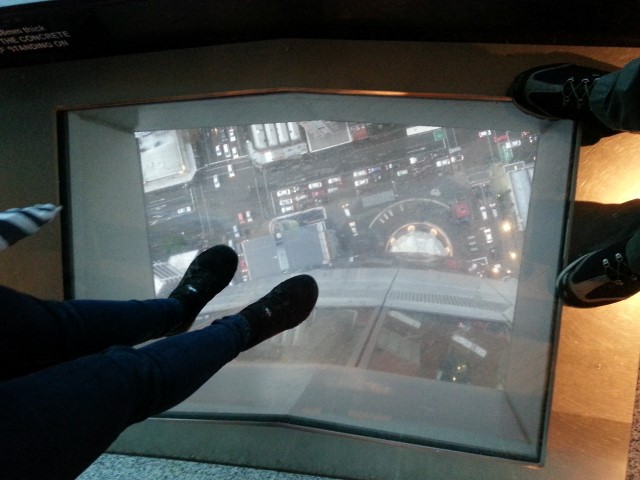 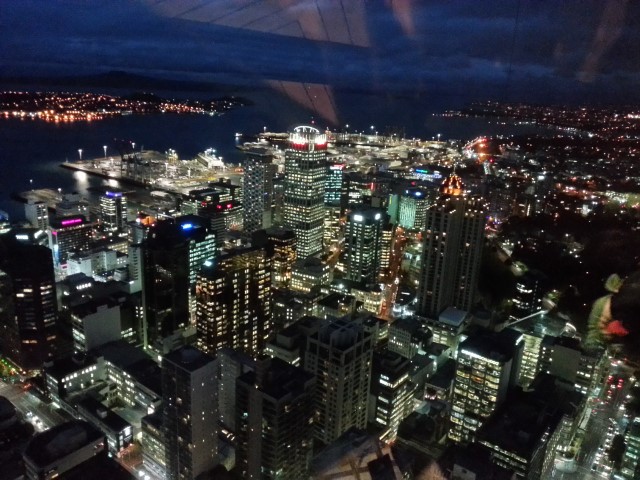 A friendly girl helped us figure out our bus back and asked us about our holiday. When we said we were going to drive from Auckland to Wellington she adopted a worried expression, then dismissed it saying she was sure it would be fine.

Back in our B&B we met a nice English lady who asked about our plans. "Haha good luck with that", she said about our proposed drive from Auckland to Wellington.

Two ominous warnings that we should probably have taken seriously...