Since I lived in Melbourne until I was 2, logic would dictate that I had 2 birthdays here already. On my first birthday, my parents brought me for a walk on Frankston beach where I waddled around in a small red jumper. A nice idea, we all agreed, would be that I spend my third (Australian)/28th (real) birthday doing the same. Sadly I don't own a red suit.

Melbourne's June is like Ireland's October and the fourth of June (my birthday) was the worst weather since we arrived. I had to start the day with a trip to Vicroads to get my Australian driver's licence, so by the time we could even start our journey it was 2pm. We battled through relentless cold blob-rain (rain that falls in blobs) and took an hour-long train journey to Frankston.

'It's starting to ease up,' we kept saying fruitlessly to each other as the rain got thicker and colder. The day looked like someone had taken a photo of it and greyscaled it.

We arrived in Frankston and bought nice tea in Mcdonalds. We decided we couldn't put it off anymore so ran onto the beach. I insisted that part of the thing was we had to go for a walk on the beach, no matter how short. So we walked a few metres, took a few photos, and ran back to the train station. 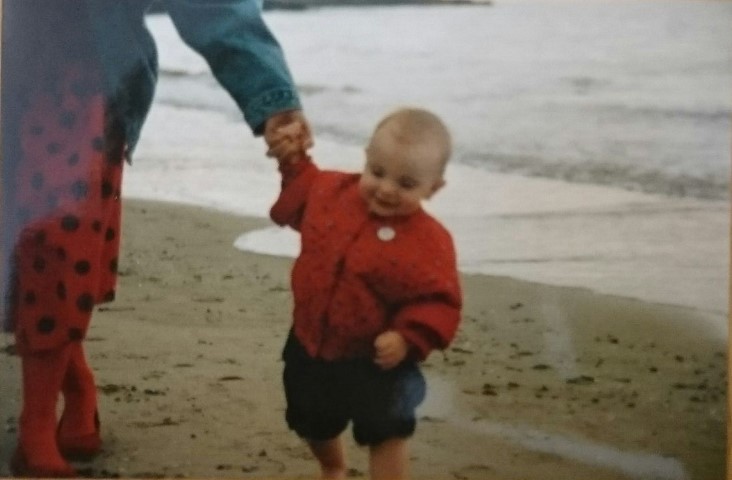 Such a bald baby. You must wonder if my parents had given enough thought to hats. 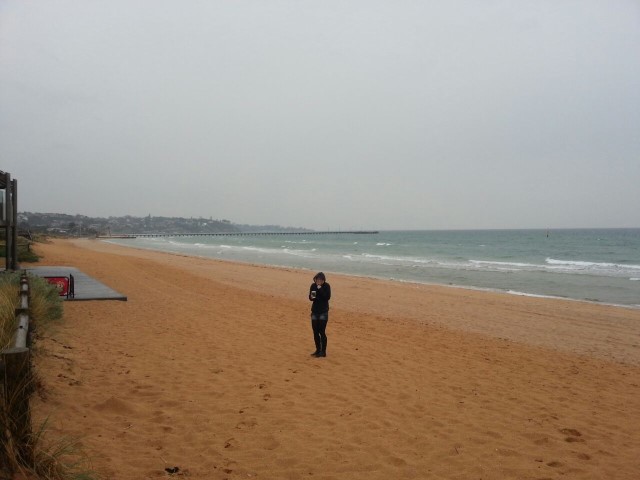 I did grow hair in the end, though it is not visible here.

Just for good measure, here are some that better capture the rain: 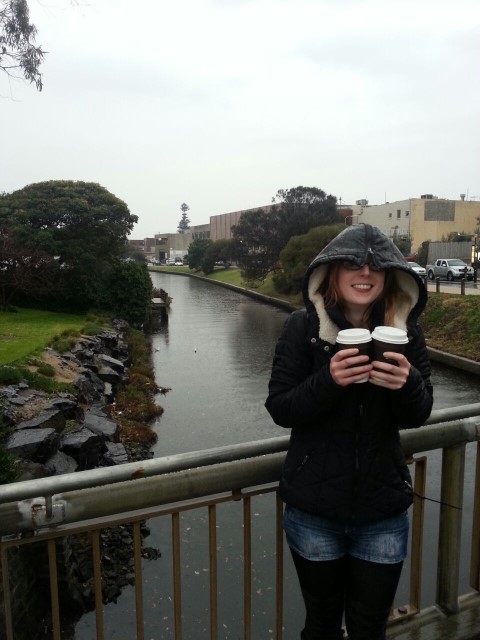