Chengdu is the place to go for pandas in China, according to Google (and hopefully Bing, otherwise no one in China will know). We booked three nights there with our only aim being to go to the panda sanctuary. Dan was worried we'd have nothing to do for the other two days but I calmed his nerves by suggesting three visits to the panda sanctuary.

Our adventure began in Beijing's domestic airport with our flight to Chengdu. Every time I think somewhere 'has no English', I'm corrected by going somewhere else that has even less English. This airport didn't even have English characters. Just very long unwieldy 'queues' (I use the term loosely. In China, battleground would be more appropriate). We gestured our way through then were stopped and told our carry-on, in spite of easily fitting in the little airport size box, was too big. We didn't have the communication skills to be angry but the man in front of us, presented with the same problem was loudly making his feelings known. We both relented in the end though and threw the cases away. No, luckily they let us check it.

Chengdu was hot and our room had a decorative air conditioner. It reached 30 some of the days and it was a really muggy, 'I'm going to make you feel like you're walking into a wall of wet cement' sort of heat. I got burnt, because I wrongly assumed you couldn't burn through the smog.

There's an entire district dedicated to Apple and Samsung shops. I don't think they're quite knockoffs, but they do have people soldering stuff in the background and you're allowed to haggle so it can't be that legit. Every shop has a big Samsung or Apple logo above it but it's totally irrelevant as they all sell exactly the same stuff. Outside there's street vendors selling dodgier looking phones and cables. I didn't know what to make of it. 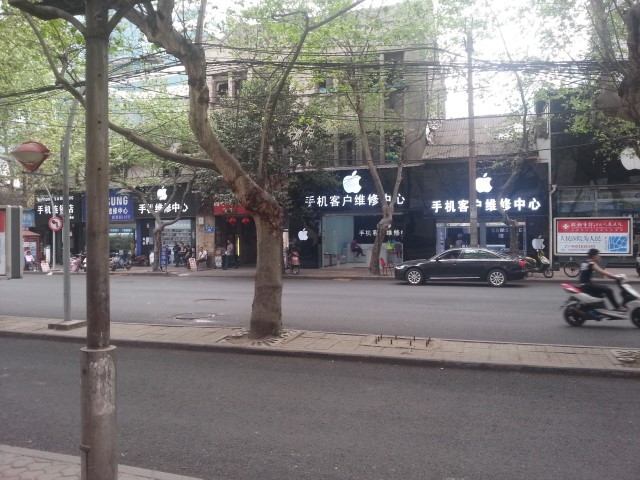 We got up at 6.30am to go to the panda sanctuary, per some Trip Advisor advice. They feed them in the morning so you have to 'queue' to get a good spot. We started with a pen of seven small pandas and assumed this was the height of the cuteness. They were clearly young, all playing with each other, and fluffy. But as we went on we found there were actual tiny baby pandas. The ones you see in all those videos (a lot of which I realised were probably filmed at this exact place). They've suspended the Cuddle Programme where you can hold one for an astronomical fee (I was more than willing to hand it over) but I think I'm kind of glad about that. It's not very nice having flocks of tourists holding them for no reason, and apparently it's suspended due to the potential threat of a panda disease.

The pandas (and red pandas) were everything I hoped for, especially when one of the keepers came out and started coaxing them out of the trees. Adorable. 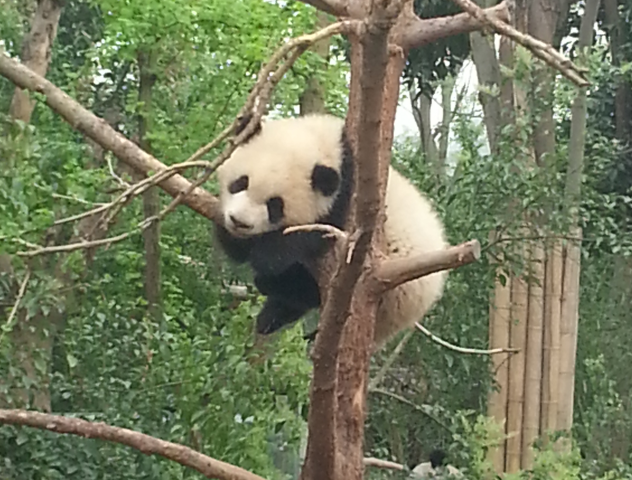 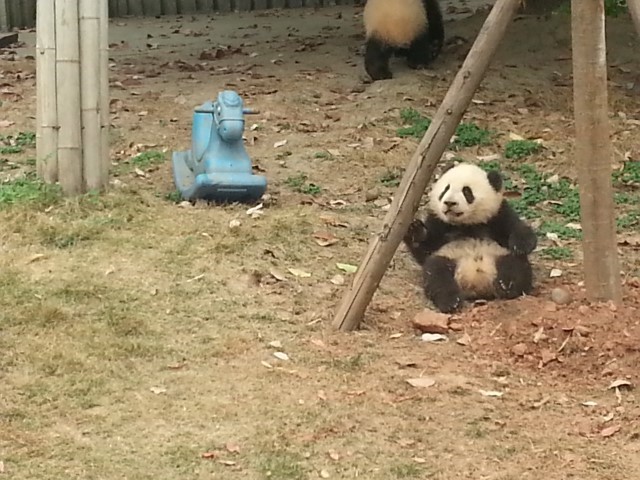 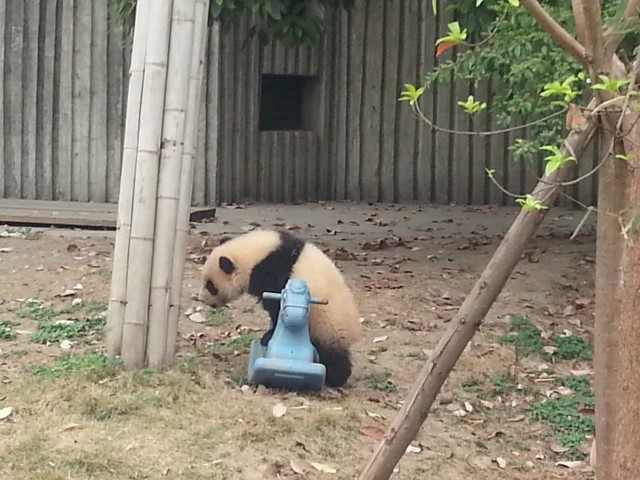 We met a girl called Melissa at the sanctuary who was staying at our hotel. Melissa is Australian but lives in Beijing studying Manderin. She was invaluable. She sorted our taxi back AND asked them to fix our air conditioner (they didn't, but we really appreciated her effort). She brought us for a street food lunch which cost about a euro. I enjoyed my Sprite while Dan enjoyed his spicy dumpling soup. 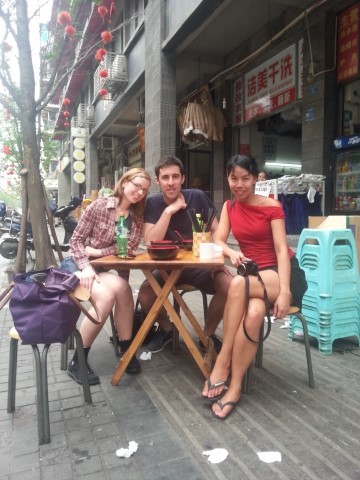 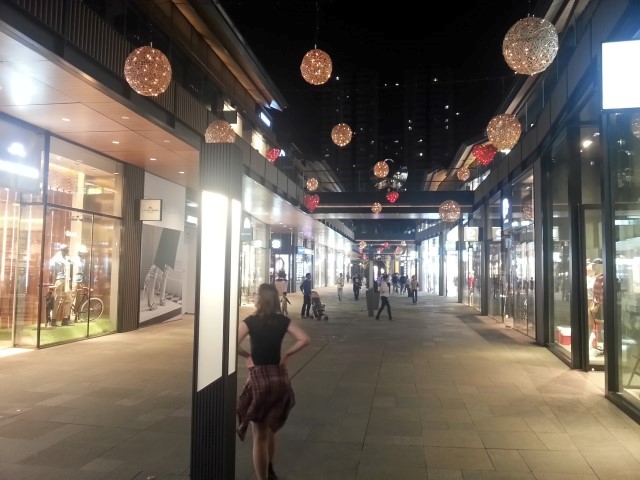 Chengdu is less hectic than Beijing but somehow seems to have even more shopping malls. I can't imagine why tourists would go there, other than for the pandas, so an enormous central plaza with, I estimate, at least six Louis Vuitton shops seems a bit overdone. It's pretty at night though.

Due to missing the only train out a Mountain Temple we found a beautiful park that looked straight out of Alice in Wonderland. It's free, and it's the prettiest park I've ever been in. 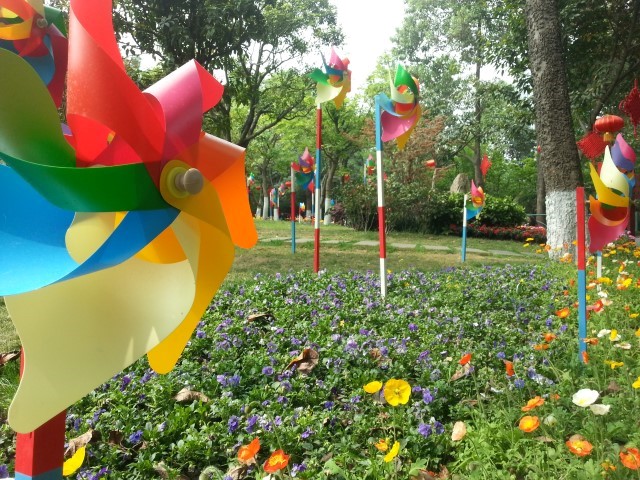 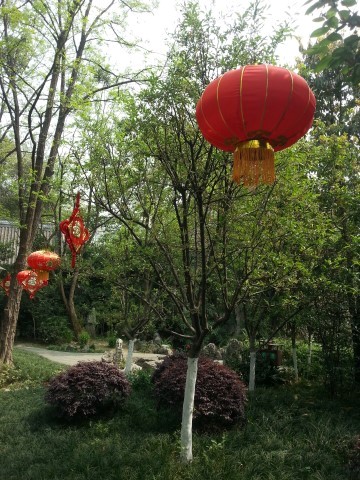 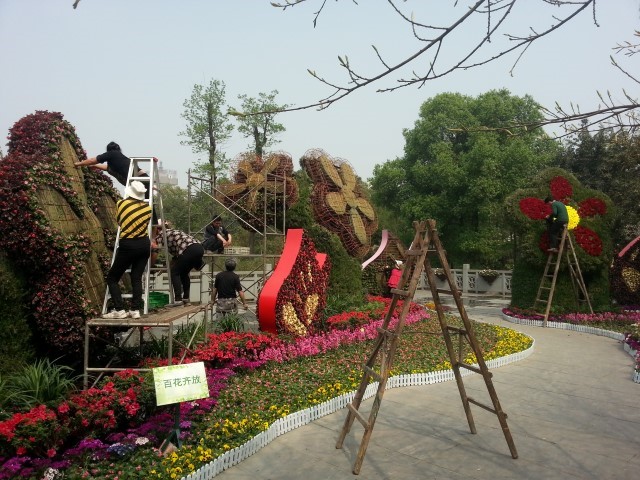 It was less easy to eat Western food but I got by on rice and one McDonalds.

Top tip #1 : When boarding a train at a hub station like Chengdu North, arrive at least 30 minutes early to navigate the ticket, ticket check and documentation check queues. Top tip #2 : Always bring your passport to the train station.

Great to hear the updates and your experiences. Keep posting. I'm disappointed you won't eat the Chinese food Anthea, I'm sure the authentic stuff is really good!

I know, I'm terrible. The irony is that eating McDonalds all the time is probably far less healthy than the dodgiest looking street food. I did try some of Dan's beef stir fry one night. It was nicer than my rice. I don't think I'll be able to eat rice again after this trip.