Blog
About
Hoi An
Previous
Next
Nov. 12, 2015
Vietnam
travel

If we'd known better, we would have skipped Hue and spent the extra day in Hoi An. But the only way you get to know better is by making the mistake and going to Hue in the first place.

Hoi An is another town in the French colonial style, but this time it's absolutely beautiful. It looks, as Dan's friend Eoin described it, like a fairy tale. Films should be set there. They probably are. I haven't seen that many films.

The town is built around a river and has realised the impact of lanterns and colour. During the day it's pretty, but at night the multicoloured lanterns that hang across the little paved streets are magical. 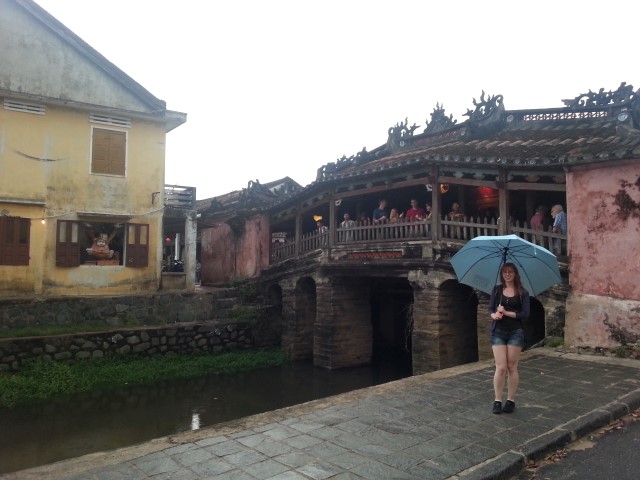 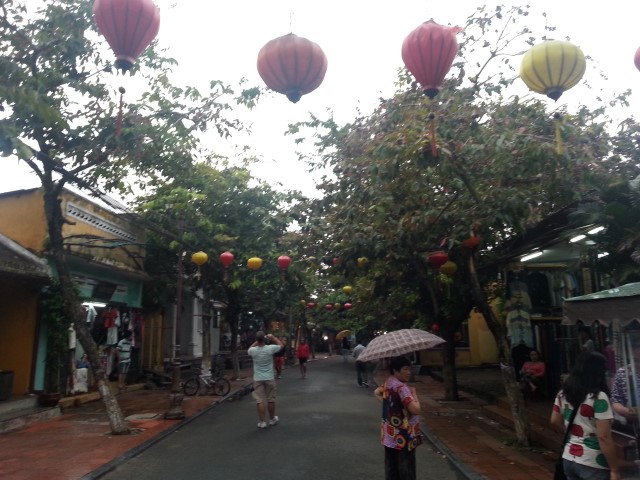 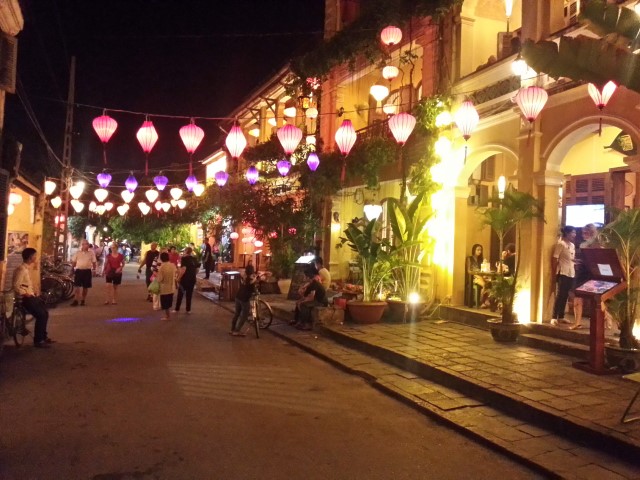 We were wandering aimlessly and tried to get onto a little stone bridge that was jammed with tourists. A woman stopped us and pointed at her friend, who was selling tickets to this bridge. We could see the bridge from the street so this seemed weird. It looked like the bridge led to the Old Town sector, but the whole town looked old to me so that didn't clear matters up either. Scepticism shields activated we retreated only to find an unmanned narrow alleyway that led into the Old Town so we snuck in thinking we were very sneaky and great. How will we get back out? What if they ask for tickets? Well the other end of the street was completely unmanned. So conclusion: Scam. We didn't dwell because there were too many nice lanterns. 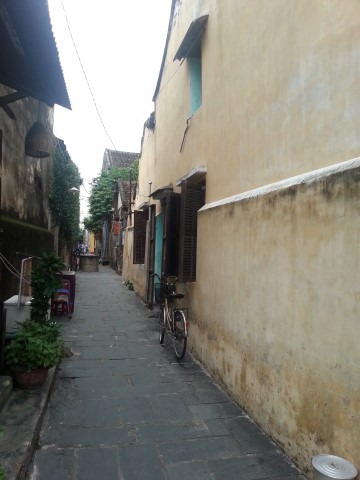 Hoi An is where we found Al Frescos. This is a Western chain in Asia that serves yummy food for Anthea. We ate there both days with no regrets. Pizzas, burgers, soups. Not a rice grain in sight. At night we passed some brave Westerners eating in the street food stalls. Good for them I say. I've had a lot of people gripe at me for my attitude towards eating local food. I'm not interested in food. Food is sustenance that helps me sightsee and do daily tasks. I don't like new exotic foods so why would I risk losing precious days to food poisoning when I get absolutely nothing out of it? If fellow travellers want to immerse themselves in street food and diarrhoea that is entirely up to them. I don't tut and judge. It's just not for me.

There's a lot of tailors. And by a lot I mean that there are at least 4 long streets comprised exclusively of tailors. The rest of the streets have a tailor every third shop or so. We met a Norwegian in Saigon who smugly stated he got a really good suit for $300. Norwegians are too used to expensive stuff. Another guy we met got his for $120. I really wanted a dress but it would have taken two days minimum.

We cycled out to An Bang beach but it rained sideways so not a lot of sunbathing there. Pretty in sunny weather I'm sure, but on this particular day the choppy grey sea reminded me of Salthill. A lot of crazies were swimming. 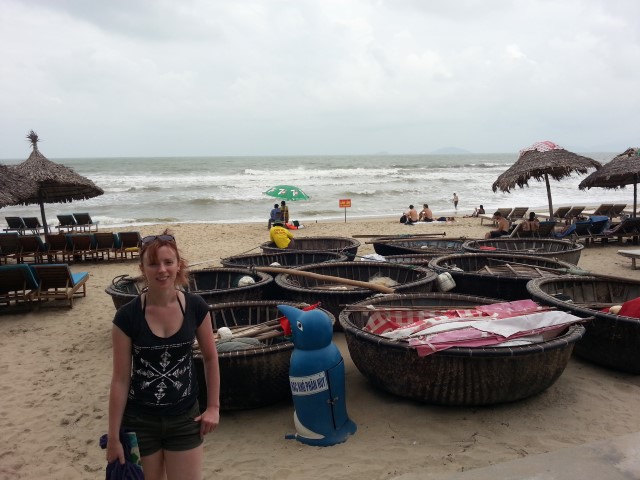 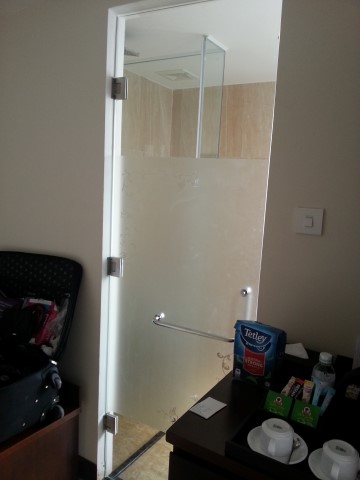 My only downside was the bathroom in our hotel room. The walls were glass. For the couple that no longer cares for romance while travelling. Luckily the huge window facing the bed had a discretion curtain. But the door (which only faced a little hallway) was a pane of glass. With a courtesy frosted square in the centre hiding one tap on the sink. Who designed this? Who wants this? I got so angry that I Googled it and found this is a major problem nowadays. Hotels with glass boxes for bathrooms. Especially in China. You're lucky if you get a discretion curtain and a glass door facing a wall.

That fellow who got a suit for $120 sounds handsome. I can confirm that An Bang beach is pretty when it's sunny.